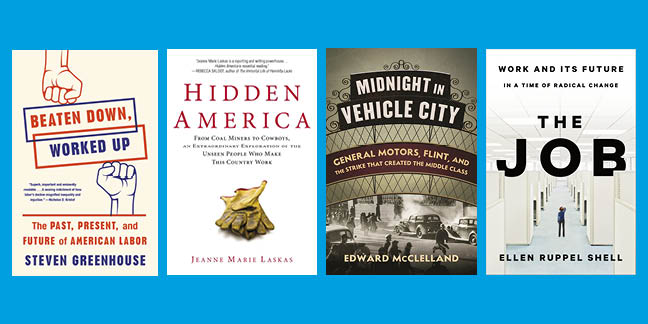 Labor Day is an annual celebration of the social and economic achievements of American workers. We remember workers who have organized and fought throughout the labor movement to give workers the protections they have today, and those who continue to fight for equal and fair labor. The following books offer history and analysis of the labor movement and the working class.

Beaten Down, Worked Up

In an era when corporate profits have soared while wages have flatlined, millions of Americans are searching for ways to improve their lives, and they’re often turning to labor unions and worker action, whether #RedforEd teachers’ strikes or the Fight for $15. Steven Greenhouse proposes concrete, feasible ways in which workers’ collective power can be—and is being—rekindled and reimagined in the twenty-first century.

Award-winning journalist Jeanne Marie Laskas reveals profiles of America’s working class—the forgotten men and women who make the country run. She explores: the men of Hopedale Mining company in Cadiz, Ohio, an Alaskan oil rig, a migrant labor camp in Maine, the air traffic control center at LaGuardia Airport in New York, a beef ranch in Texas, a landfill in California, a long-haul trucker in Iowa, a gun shop in Arizona, and the Cincinnati Ben-Gals cheerleaders.

Voices of the People’s History of the United States, 10th Anniversary Edition

Here are selected testimonies to living history offered by the people who make history happen, featuring introductions to the original texts by Howard Zinn. New voices featured in this 10th Anniversary Edition include Naomi Klein, speaking from the Occupy Wall Street encampment in Liberty Square; members of the Undocumented Youth movement, who demonstrated in support of the DREAM Act; Chicago Teachers Union strikers, among others.

Critically acclaimed journalist Ellen Ruppel Shell uncovers the true cost—political, economic, social, and personal—of America’s mounting anxiety over jobs, and what we can do to regain control over our working lives. The book’s four sections range from the challenges we face in scoring a good job today to work’s infinite possibilities in the future. Work, in all its richness, complexity, rewards and pain, is essential for people to flourish. Ellen Ruppel Shell paints a compelling portrait of where we stand today, and points to a promising and hopeful way forward.

Sleeping Giant is the first major examination of the new working class and the role it will play in our economic and political future. Blending moving individual narratives, historical background, and sophisticated analysis, Tamara Draut forcefully argues that this newly energized class is far along in the process of changing America for the better, examining the legacy of exclusion based on race and gender that contributes to the invisibility of the new working class, despite their entwinement in everyone’s day-to-day life.

The Good Hand is a saga of fear, danger, exhaustion, suffering, loneliness, and grit that explores the struggles of America’s marginalized boomtown workers—the rough-hewn, castoff, seemingly disposable men who do an indispensable job that few would exalt: oil field hands who, in the age of climate change, put the gas in our tanks and the food in our homes. The Good Hand is a classic American story of one man’s attempt to burn himself clean through hard work and find community.

The tumultuous Flint sit-down strike of 1936-1937 was the birth of the United Auto Workers, which set the standard for wages in every industry. Midnight in Vehicle City tells the gripping story of how workers defeated General Motors, the largest industrial corporation in the world. Journalist and historian Edward McClelland brings the events of the strike back to life—through the voices of those who lived it and tells the epic tale of the strike and its lasting legacy.

There Is Power in a Union

In this stirring new history, Philip Dray shows us the vital accomplishments of organized labor and illuminates its central role in our social, political, economic, and cultural evolution. His epic, character-driven narrative not only restores to our collective memory the indelible story of American labor, it also demonstrates the importance of the fight for fairness and economic democracy, and why that effort remains so urgent today.

This is an extensive collection of Cesar Chavez’s speeches and writings chronicles his progression and development as a leader, and includes previously unpublished material. From speeches to spread the word of the Delano Grape Strike to testimony before the House of Representatives about the hazards of pesticides, Chavez motivated people everywhere with an unflagging commitment to his ideals.

Death in the Haymarket

Historian James Green recounts the rise of the first great labor movement in the wake of the Civil War and brings to life an epic twenty-year struggle for the eight-hour workday. Blending a gripping narrative, outsized characters and a panoramic portrait of a major social movement, Death in the Haymarket is an important addition to the history of American capitalism and a moving story about the class tensions at the heart of Gilded Age America. 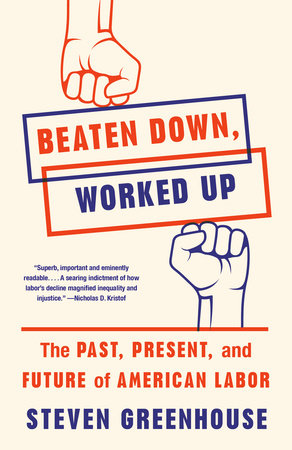 Beaten Down, Worked Up
The Past, Present, and Future of American Labor
Steven Greenhouse
978-1-101-87279-6
From longtime New York Times labor correspondent, an in-depth and stirring look at working men and women in America, the challenges they face, and the ways in which they can be re-empowered.
$17.00 US
Jul 21, 2020
Paperback
416 Pages
Anchor 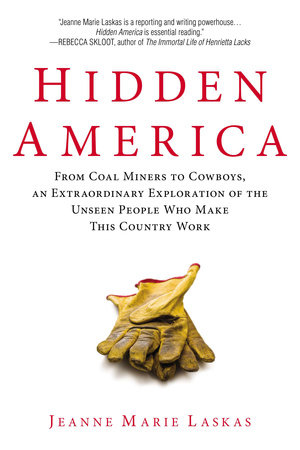 Hidden America
From Coal Miners to Cowboys, an Extraordinary Exploration of the Unseen People Who Make This Country Work
Jeanne Marie Laskas
978-0-425-26727-1
An Oprah.com “Must-Read Book”Award-winning journalist Jeanne Marie Laskas reveals “enlightening, entertaining, and often poignant”* profiles of America's working class—the forgotten men and women who make our country run. Take the men of Hopedale Mining company in Cadiz, Ohio. Laskas spent several weeks with them, both below and above ground, and by the end, you will know not only about their work, but about Pap and his dying mom, Smitty and the mail-order bride who stood him up at the airport, and Scotty and his thwarted dreams of becoming a boxing champion. That is only one hidden world. Others that she explores: an Alaskan oil rig, a migrant labor camp in Maine, the air traffic control center at LaGuardia Airport in New York, a beef ranch in Texas, a landfill in California, a long-haul trucker in Iowa, a gun shop in Arizona, and the Cincinnati Ben-Gals cheerleaders, mere footnotes in the moneymaking spectacle that is professional football.“Jeanne Marie Laskas is a reporting and writing powerhouse. She doesn’t just interview the people who dig our coal and extract our oil, she goes deep into the mines and tundra with them. With beauty, wit, curiosity, and grace, she finds the hidden soul of America. Hidden America is essential reading.”—Rebecca Skloot, author of The Immortal Life of Henrietta Lacks
$17.00 US
Sep 03, 2013
Paperback
336 Pages
Berkley 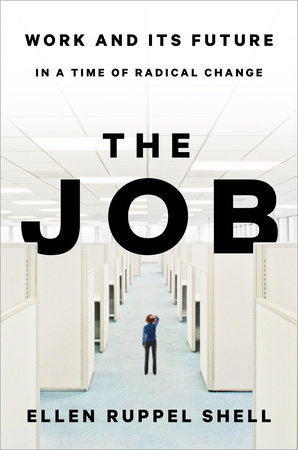 The Job
Work and Its Future in a Time of Radical Change
Ellen Ruppel Shell
978-0-451-49725-3
Critically acclaimed journalist Ellen Ruppel Shell uncovers the true cost--political, economic, social, and personal--of America's mounting anxiety over jobs, and what we can do to regain control over our working lives.
$30.00 US
Oct 23, 2018
Hardcover
416 Pages
Currency 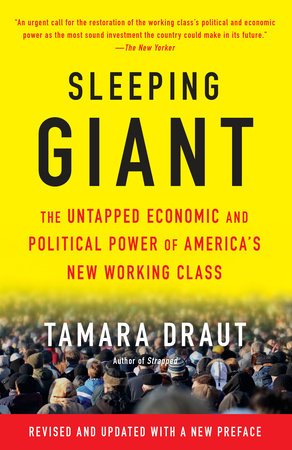 Sleeping Giant
The Untapped Economic and Political Power of America's New Working Class
Tamara Draut
978-1-101-87306-9
Today’s working class is a sleeping giant. And as Tamara Draut makes abundantly clear, it is just now waking up to its untapped political power. Sleeping Giant is the first major examination of the new working class and the role it will play in our economic and political future. Blending moving individual narratives, historical background, and sophisticated analysis, Draut forcefully argues that this newly energized class is far along in the process of changing America for the better.
$16.95 US
Apr 17, 2018
Paperback
288 Pages
Anchor 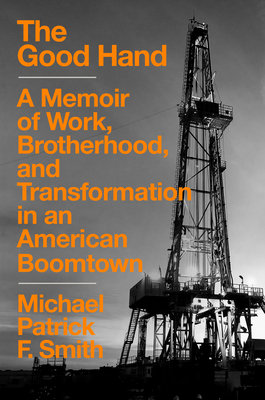 The Good Hand
A Memoir of Work, Brotherhood, and Transformation in an American Boomtown
Michael Patrick F. Smith
978-1-9848-8151-9
"Remarkable . . . this is the book that Hillbilly Elegy should have been." --Kirkus Reviews A vivid window into the world of working class men set during the Bakken fracking boom in North Dakota
$29.00 US
Feb 16, 2021
Hardcover
464 Pages
Viking 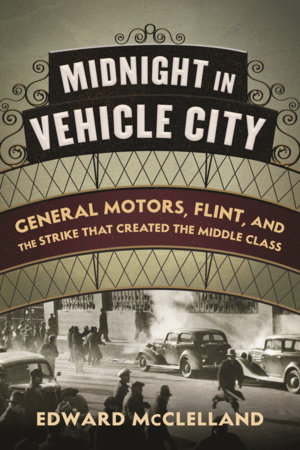 Midnight in Vehicle City
General Motors, Flint, and the Strike That Created the Middle Class
Edward McClelland
978-0-8070-3967-0
In a time of great inequality and a gutted middle class, the dramatic story of "the strike heard around the world" is a testament to what workers can gain when they stand up for their rights.
$27.95 US
Feb 02, 2021
Hardcover
232 Pages
Beacon Press 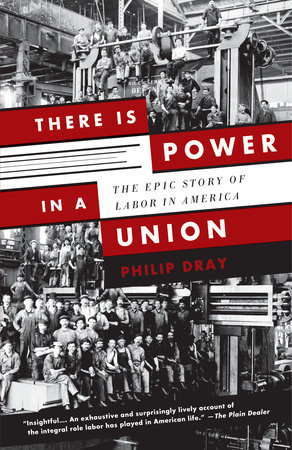 There Is Power in a Union
The Epic Story of Labor in America
Philip Dray
978-0-307-38976-3
From the nineteenth-century textile mills of Lowell, Massachusetts, to the triumph of unions in the twentieth century and their waning influence today, the contest between labor and capital for the American bounty has shaped our national experience.
$21.00 US
Sep 20, 2011
Paperback
816 Pages
Anchor 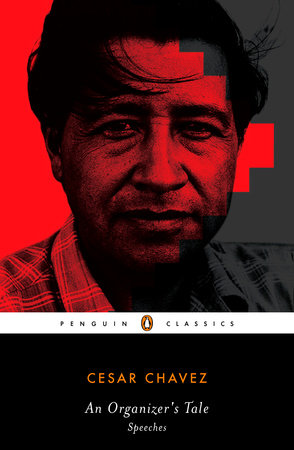 AN Organizer's Tale
Speeches
Cesar Chavez
978-0-14-310526-8
The first major collection of writings by civil rights leader Cesar Chavez One of the most important civil rights leaders in American history, Cesar Chavez was a firm believer in the principles of nonviolence, and he effectively employed peaceful tactics to further his cause. Through his efforts, he helped achieve dignity, fair wages, benefits, and humane working conditions for hundreds of thousands of farm workers. This extensive collection of Chavez's speeches and writings chronicles his progression and development as a leader, and includes previously unpublished material. From speeches to spread the word of the Delano Grape Strike to testimony before the House of Representatives about the hazards of pesticides, Chavez communicated in clear, direct language and motivated people everywhere with an unflagging commitment to his ideals.For more than seventy years, Penguin has been the leading publisher of classic literature in the English-speaking world. With more than 1,700 titles, Penguin Classics represents a global bookshelf of the best works throughout history and across genres and disciplines. Readers trust the series to provide authoritative texts enhanced by introductions and notes by distinguished scholars and contemporary authors, as well as up-to-date translations by award-winning translators.
$16.00 US
Apr 29, 2008
Paperback
288 Pages
Penguin Classics 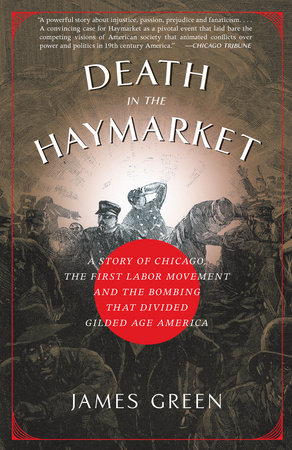 Death in the Haymarket
A Story of Chicago, the First Labor Movement and the Bombing that Divided Gilded Age America
James Green
978-1-4000-3322-5
On May 4, 1886, a bomb exploded at a Chicago labor rally, wounding dozens of policemen, seven of whom eventually died. A wave of mass hysteria swept the country, leading to a sensational trial, that culminated in four controversial executions, and dealt a blow to the labor movement from which it would take decades to recover. Historian James Green recounts the rise of the first great labor movement in the wake of the Civil War and brings to life an epic twenty-year struggle for the eight-hour workday.
$17.95 US
Mar 13, 2007
Paperback
400 Pages
Anchor
Related articles

Whether in political debates or discussions about immigration around the kitchen table, many Americans, regardless of party affiliation, will say proudly that we are a nation of immigrants. In this bold new book, historian Roxanne Dunbar-Ortiz asserts this ideology is harmful and dishonest because it serves to mask and diminish the US’s history of settler

On Indigenous Peoples’ Day, Read an Exerpt from Roxanne Dunbar-Ortiz’s New Book Not “A Nation of Immigrants” 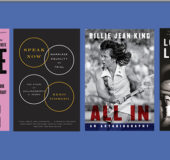