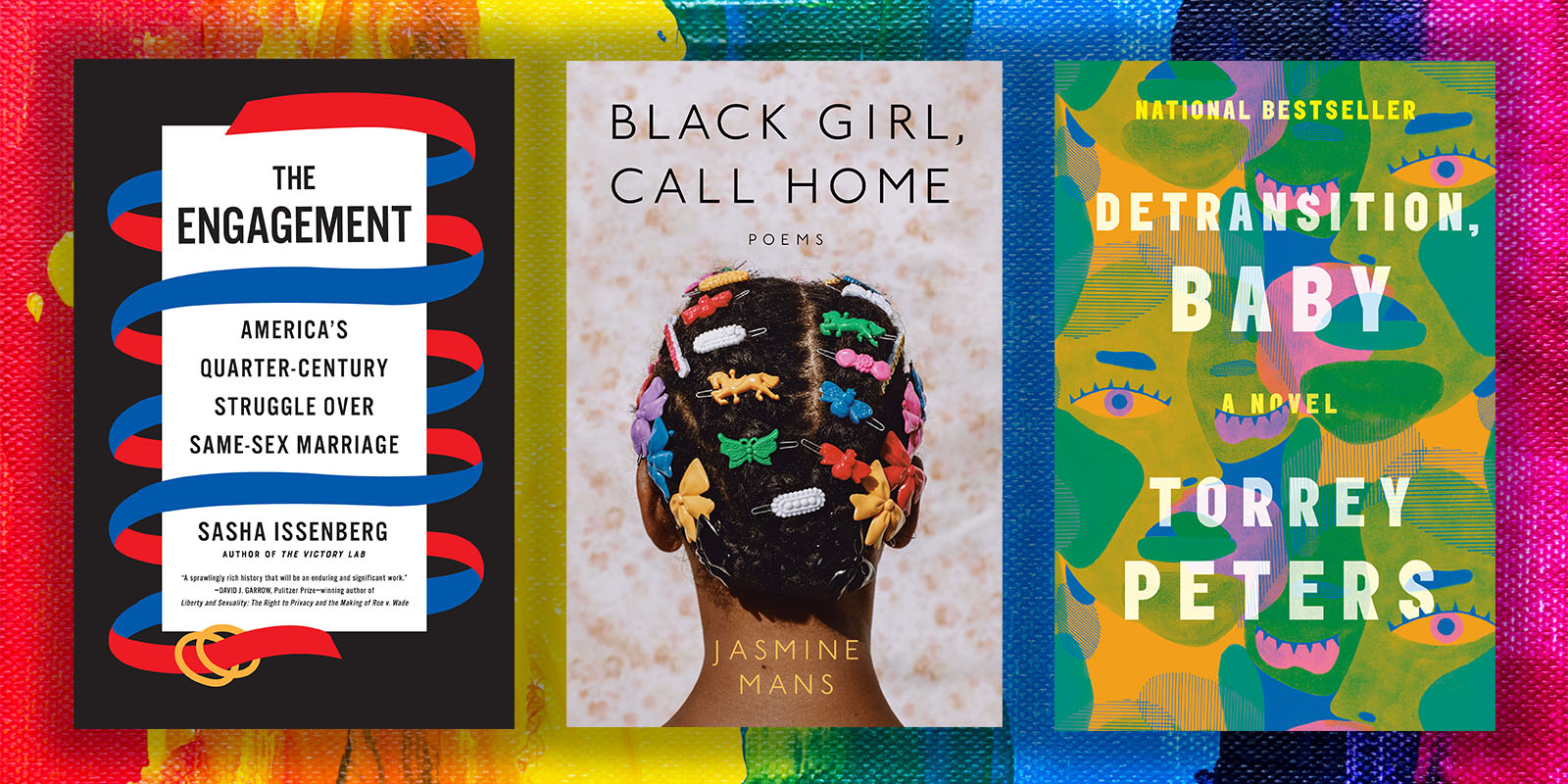 In June we celebrate Lesbian, Gay, Bisexual, Transgender, and Queer (LGBTQ+) Pride Month, which honors the 1969 Stonewall riots in Manhattan.

LGBTQ+ Pride events attract millions of participants around the world. The purpose of the commemorative month is to recognize the impact that lesbian, gay, bisexual and transgender individuals have had on history locally, nationally, and internationally.

To honor this community, we’d like to share a selection of titles that can be used in a variety of courses, from LGBTQ Literature to Gender Studies.

This richly detailed narrative follows the coast-to-coast conflict over same-sex marriage through courtrooms and war rooms, bedrooms and boardrooms, to shed light on every aspect of a political and legal controversy that divided Americans like no other. Following a cast of characters that includes those who sought their own right to wed, those who fought to protect the traditional definition of marriage, and those who changed their minds about it, The Engagement is certain to become a seminal book on the modern culture wars.

A literary coming-of-age poetry collection, an ode to the places we call home, and a piercingly intimate deconstruction of daughterhood. From spoken word poet Jasmine Mans comes an unforgettable poetry collection about race, feminism, and queer identity.

A whipsmart debut about three women—transgender and cisgender—whose lives collide after an unexpected pregnancy forces them to confront their deepest desires around gender, motherhood, and sex.

A lost episode rediscovered after almost two hundred years; a thwarted love triangle of heartbreak—two men and a woman of equal ambition—that exploded in scandal and investigation, set between America’s Revolution and its Civil War, revealing an age in subtle and powerful transformation, caught between the fight for women’s rights and the campaign waged by evangelical Protestants to dominate the nation’s culture and politics.

A memoir about a precocious boy with albinism, a “sun child” from a rural Philippine village, who would grow up to become a woman in America. Throughout her journey, Talusan shares poignant and powerful episodes of desirability and love and her evocative reflections will shift our own perceptions of identity, gender, and the fairness of life.

Three generations of Taiwanese American women are haunted by the myths of their homeland in this spellbinding, corporeal debut about one family’s queer desires, violent impulses, and buried secrets.

Transgender men comprise a large, growing proportion of the trans population, yet they remain largely invisible. In this powerful, timely, and eye-opening account, award-winning sociologist Arlene Stein draws from dozens of interviews with transgender people and their friends and families, as well as with activists and medical and psychological experts. Unbound documents the varied ways younger trans men see themselves and how they are changing our understanding of what it means to be male and female in America.

It took Jacob Tobia years to discover that being “a sissy” isn’t something to be ashamed of. It’s a source of pride. Following Jacob through bullying and beauty contests, from Duke University to the United Nations to the podiums of the Methodist church—not to mention the parlors of the White House—this unforgettable memoir contains multitudes. A deeply personal story of trauma and healing, a powerful reflection on gender and self-acceptance, and a hilarious guidebook for wearing tacky clip-on earrings in today’s world, Sissy guarantees you’ll never think about gender—both other people’s and your own—the same way again.

Tomorrow Will Be Different

Informative, heartbreaking, and profoundly empowering, Tomorrow Will Be Different is Sarah McBride’s story of love and loss and a powerful entry point into the LGBTQ community’s battle for equal rights and what it means to be openly transgender. From issues like bathroom access to health care to gender in America, McBride weaves the important political and cultural milestones into a personal journey that will open hearts and change minds.

For more titles in LGBTQ History

For more titles in LGBTQ Literature

For more titles in Gender Studies 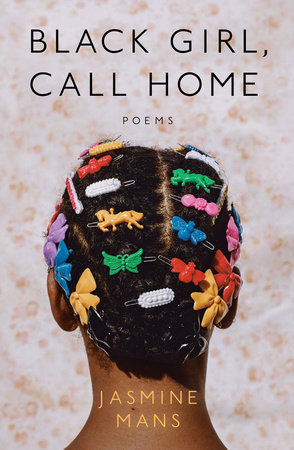 Black Girl, Call Home
Jasmine Mans
978-0-593-19714-1
A literary coming-of-age poetry collection, an ode to the places we call home, and a piercingly intimate deconstruction of daughterhood, Black Girl, Call Home is a love letter to the wandering black girl and a vital companion to any woman on a journey to find truth, belonging, and healing.
$15.00 US
Mar 09, 2021
Paperback
256 Pages
Berkley 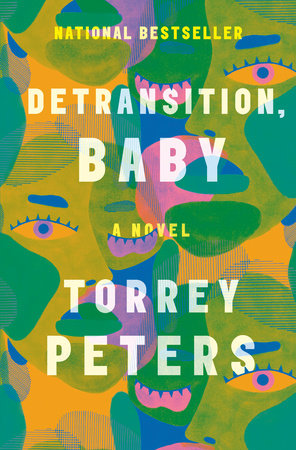 Detransition, Baby
A Novel
Torrey Peters
978-0-593-13337-8
A whipsmart debut about three women--transgender and cisgender--whose lives collide after an unexpected pregnancy forces them to confront their deepest desires around gender, motherhood, and sex.
$27.00 US
Jan 12, 2021
Hardcover
352 Pages
One World 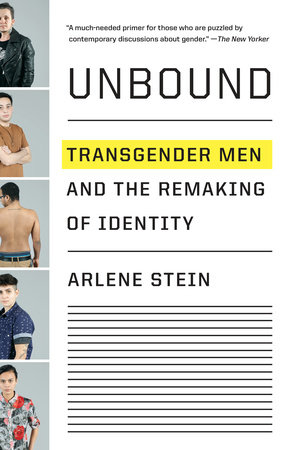 Unbound
Transgender Men and the Remaking of Identity
Arlene Stein
978-1-101-97249-6
Unbound is an intimate portrait of a new generation of transmasculine individuals as they undergo gender transitions.
$16.95 US
May 14, 2019
Paperback
352 Pages
Vintage 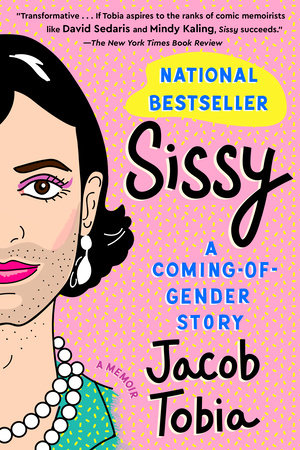 Sissy
A Coming-of-Gender Story
Jacob Tobia
978-0-7352-1884-0
THE NATIONAL BESTSELLER"Transformative ... If Tobia aspires to the ranks of comic memoirists like David Sedaris and Mindy Kaling, Sissy succeeds." --The New York Times Book Review (A Paperback Row Pick) A heart-wrenching, eye-opening, and giggle-inducing memoir about what it's like to grow up not sure if you're (a) a boy, (b) a girl, (c) something in between, or (d) all of the above."A beautiful book . . . honest and funny."--Trevor Noah, The Daily Show"Sensational."--Tyler Oakley"Jacob Tobia is a force." --Good Morning America"A trans Nora Ephron . . . both honest and didactic." --OUT Magazine"A rallying cry for anyone who's ever felt like they don't belong." --Woman's Day
$18.00 US
Mar 03, 2020
Paperback
352 Pages
G.P. Putnam's Sons 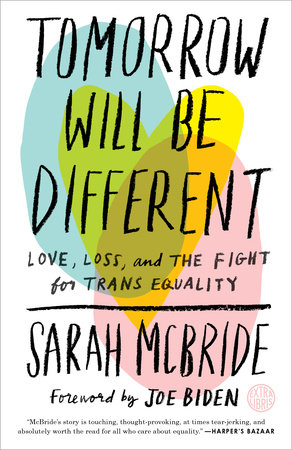 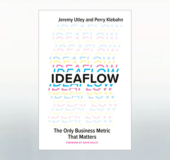 FROM THE PAGE: An Excerpt from Andrea Wulf’s Magnificent Rebels
October 12 2022 | General

Magnificent Rebels is a group biography about a brilliant circle of friends the quiet university town of Jena in Germany in in the 1790s, among them playwrights, poets, writers, and philosophers who put the self at center stage in their thinking, their writing, and their lives. This group of young Romantics included the famous poets 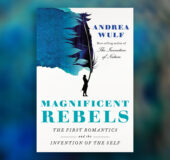 FROM THE PAGE: An Excerpt from Andrea Wulf’s Magnificent Rebels