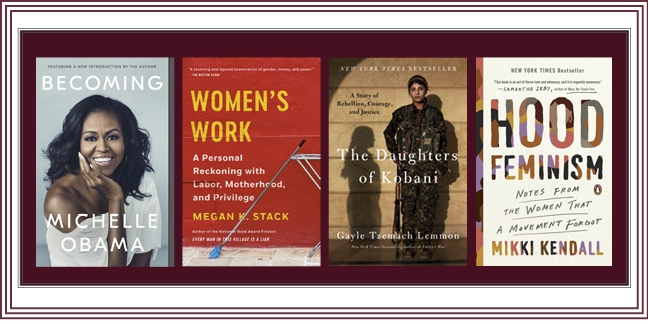 Today we are celebrating International Women’s Day by talking about books that center the social, economic, cultural and political achievements of women.

In her memoir, Michelle Obama invites readers into her world, chronicling the experiences that have shaped her—from her childhood on the South Side of Chicago to her time spent at the world’s most famous address. With unerring honesty and lively wit, she describes her triumphs and her disappointments, both public and private, telling her full story as she has lived it—in her own words and on her own terms.

Women’s Work: A Personal Reckoning with Labor, Motherhood, and Privilege

Here is Megan Stack’s memoir of raising her children abroad with the help of Chinese and Indian women who are also working mothers. Stack grew increasingly aware of the brutal realities of their lives: domestic abuse, alcoholism, unplanned pregnancies. Hiring poor women had given her the ability to work while raising her children, but what ethical compromise had she made? Women’s Work is an unforgettable story of four women as well as an electrifying meditation on the evasions of marriage, motherhood, feminism, and privilege.

The Genius of Women: From Overlooked to Changing the World

Even in this time of rethinking women’s roles, we define genius almost exclusively through male achievement. Janice Kaplan uses her unique mix of memoir, narrative, and inspiration and makes surprising discoveries about women geniuses now and throughout history, in fields from music to robotics. Through interviews with neuroscientists, psychologists, and dozens of women geniuses at work in the world today she proves that genius isn’t just about talent. It’s about having that talent recognized, nurtured, and celebrated.

We Should All Be Feminists

In this personal essay—adapted from her much-admired TEDx talk of the same name—Chimamanda Ngozi Adichie, award-winning author of Americanah, offers readers a unique definition of feminism for the twenty-first century, one rooted in inclusion and awareness. Drawing extensively on her own experiences and her deep understanding of the often masked realities of sexual politics, here is one remarkable author’s exploration of what it means to be a woman now—and an of-the-moment rallying cry for why we should all be feminists.

Hood Feminism: Notes from the Women That a Movement Forgot

Today’s feminist movement has a glaring blind spot. Mikki Kendall argues that mainstream feminists rarely talk about meeting basic needs as a feminist issue, but food insecurity, access to quality education, safe neighborhoods, a living wage, and medical care are all feminist issues. In her searing collection of essays, Mikki Kendall takes aim at the legitimacy of the modern feminist movement, arguing that it has chronically failed to address the needs of all but a few women. Drawing on her own experiences, along with incisive commentary on politics, pop culture, the stigma of mental health, and more, Hood Feminism delivers an irrefutable indictment of a movement in flux.

The Soul of a Woman

As a young woman coming of age in the late 1960s, Isabel Allende rode the second wave of feminism. Among a tribe of like-minded women journalists, Allende for the first time felt comfortable in her own skin, as they wrote about women’s issues. She has seen what the movement has accomplished in the course of her lifetime. So what feeds the soul of feminists—and all women—today? Allende gives a passionate and inspiring meditation on what it means to be a woman.

Daughters of Kobani: A Story of Rebellion, Courage, and Justice

Based on years of on-the-ground reporting, The Daughters of Kobani is the unforgettable story of the women of the Kurdish militia that improbably became part of the world’s best hope for stopping ISIS in Syria. Drawing from hundreds of hours of interviews, author Gayle Tzemach Lemmon introduces us to the women fighting on the front lines, shining a light on a group intent on not only defeating the Islamic State on the battlefield but also changing women’s lives in their corner of the Middle East and beyond.

Hill Women: Finding Family and a Way Forward in the Appalachian Mountains

Cassie Chambers, an Appalachian lawyer, pays tribute to the strong “hill women” who raised and inspired her, and whose values have the potential to rejuvenate a struggling region. Appalachian women face issues that are all too common: domestic violence, the opioid crisis, a world that seems more divided by the day. But they are also community leaders, keeping their towns together in the face of a system that continually fails them. With nuance and heart, Chambers uses these women’s stories paired with her own journey to break down the myth of the hillbilly and illuminate a region whose poor communities, especially women, can lead it into the future.

Girl with the Louding Voice

Here is a powerful, emotional debut novel told in the unforgettable voice of a young Nigerian woman who is trapped in a life of servitude but determined to fight for her dreams and choose her own future. Despite the seemingly insurmountable obstacles in her path, Adunni never loses sight of her goal of escaping the life of poverty she was born into so that she can build the future she chooses for herself—and help other girls like her do the same. Her spirited determination to find joy and hope in even the most difficult circumstances imaginable will inspire others to reach their dreams, and maybe even change the world.

Find more books on centered on Literature by Women and Women and Gender Studies on our website. Search through our full Humanities & Social Sciences catalog here. 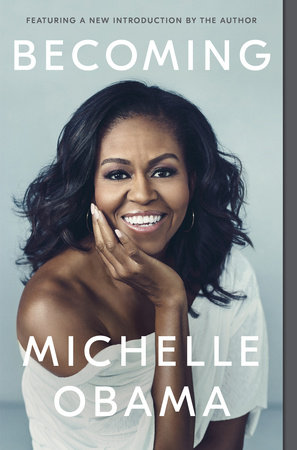 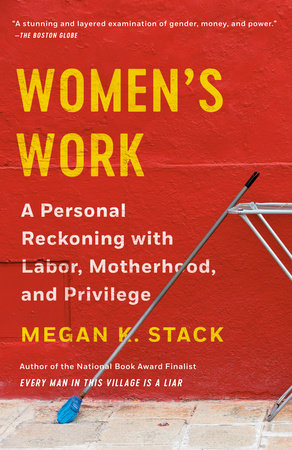 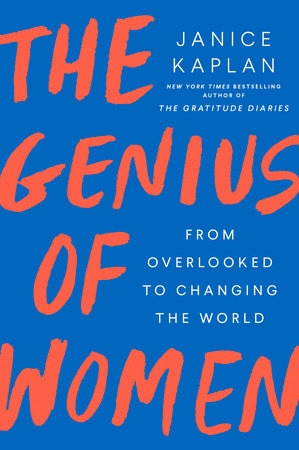 The Genius of Women
From Overlooked to Changing the World
Janice Kaplan
978-1-5247-4423-6
Now in Paperback: We tell girls that they can be anything, so why do 90 percent of Americans believe that geniuses are almost always men? New York Times bestselling journalist Janice Kaplan explores the powerful forces that have rigged the system--and celebrates the women geniuses past and present who have triumphed anyway.
$17.00 US
Feb 16, 2021
Paperback
352 Pages
Dutton 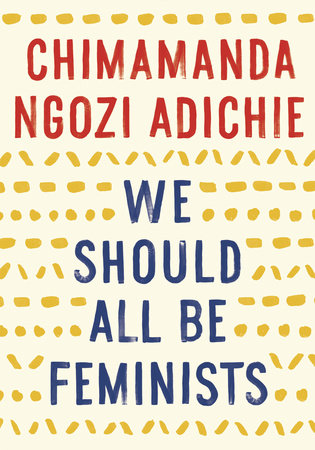 We Should All Be Feminists
Chimamanda Ngozi Adichie
978-1-101-91176-1
In this personal, eloquently-argued essay—adapted from her much-admired TEDx talk of the same name—Chimamanda Ngozi Adichie, award-winning author of Americanah, offers readers a unique definition of feminism for the twenty-first century, one rooted in inclusion and awareness. Drawing extensively on her own experiences and her deep understanding of the often masked realities of sexual politics, here is one remarkable author’s exploration of what it means to be a woman now—and an of-the-moment rallying cry for why we should all be feminists.
$10.00 US
Feb 03, 2015
Paperback
64 Pages
Vintage 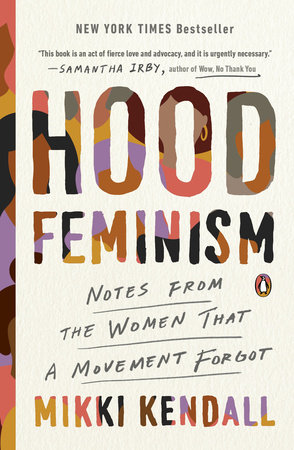 Hood Feminism
Notes from the Women That a Movement Forgot
Mikki Kendall
978-0-525-56056-2
A New York Times BestsellerA Washington Post Notable Nonfiction Book of 2020A potent and electrifying critique of today's feminist movement announcing a fresh new voice in black feminism"My wish is that every white woman who calls herself a feminist (as I do) will read this book in a state of hushed and humble respect." --Elizabeth Gilbert
$16.00 US
Feb 23, 2021
Paperback
288 Pages
Penguin Books 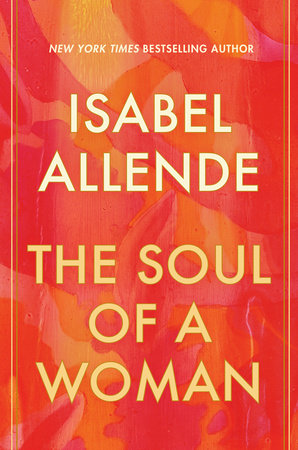 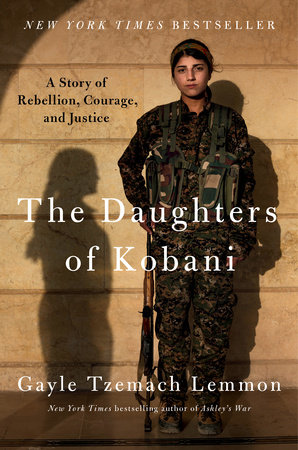 The Daughters of Kobani
A Story of Rebellion, Courage, and Justice
Gayle Tzemach Lemmon
978-0-525-56068-5
A NEW YORK TIMES BESTSELLER The extraordinary story of the women who took on the Islamic State and won"The Daughters of Kobani is an unforgettable and nearly mythic tale of women's power and courage. The young women profiled in this book fought a fearsome war against brutal men in impossible circumstances--and proved in the process what girls and women can accomplish when given the chance to lead. Brilliantly researched and respectfully reported, this book is a lesson in heroism, sacrifice, and the real meaning of sisterhood. I am so grateful that this story has been told."--Elizabeth Gilbert, author of Big Magic and Eat, Pray, Love"Absolutely fascinating and brilliantly written, The Daughters of Kobani is a must-read for anyone who wants to understand both the nobility and the brutality of war. This is one of the most compelling stories in modern warfare."--Admiral William H. McRaven, author of Make Your Bed
$27.00 US
Feb 16, 2021
Hardcover
288 Pages
Penguin Press 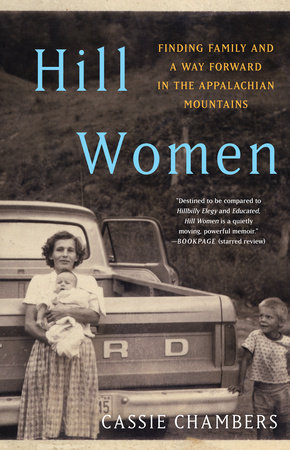 Hill Women
Finding Family and a Way Forward in the Appalachian Mountains
Cassie Chambers
978-1-9848-1893-5
After rising from poverty to earn two Ivy League degrees, an Appalachian lawyer pays tribute to the strong "hill women" who raised her, and whose values can help rejuvenate a struggling region.
$17.00 US
Jan 12, 2021
Paperback
304 Pages
Ballantine Books 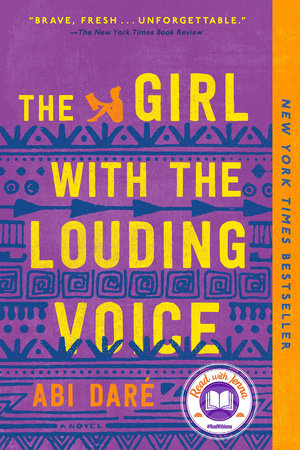