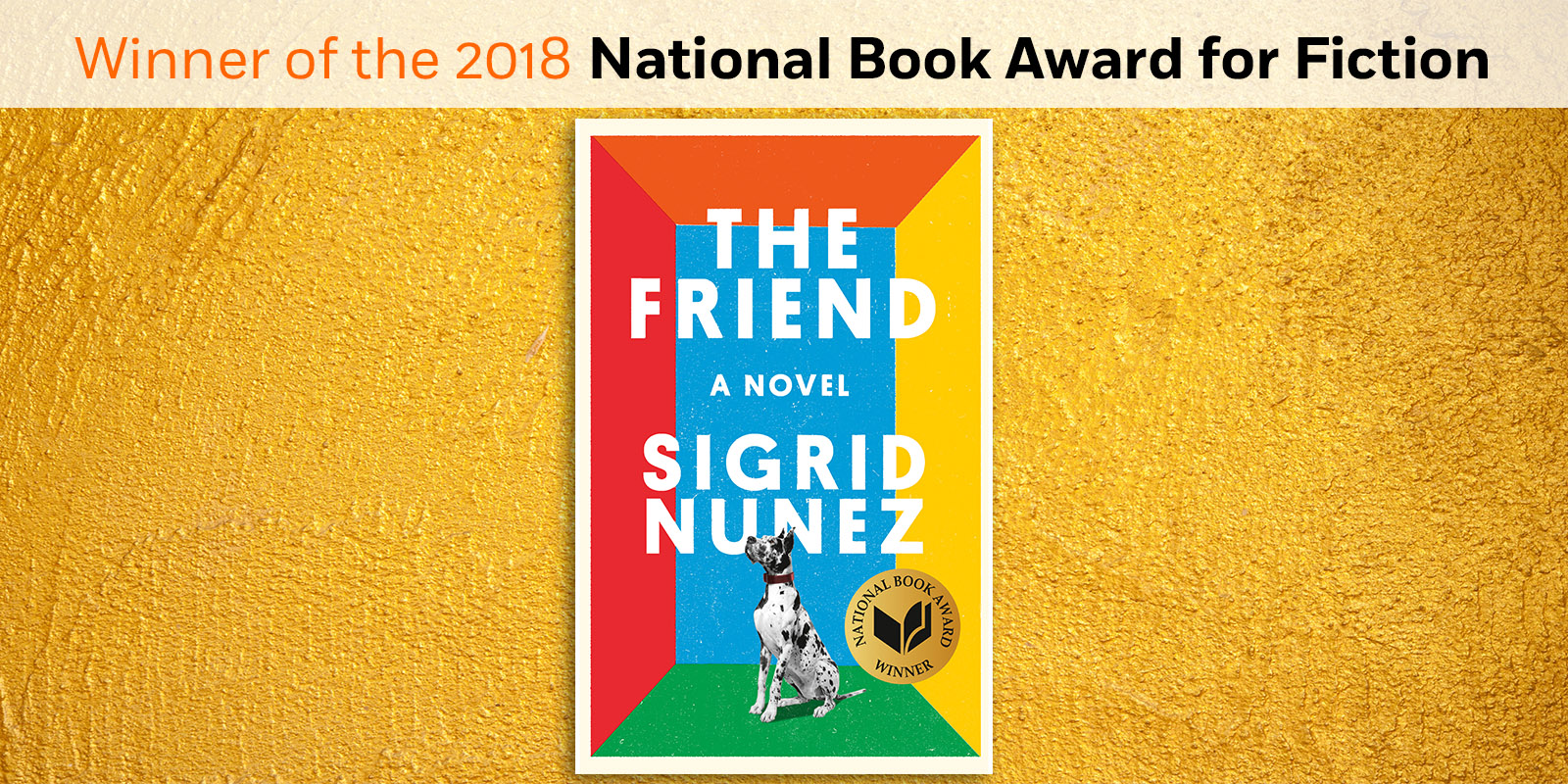 THE FRIEND wins the 2018 National Book Award for Fiction 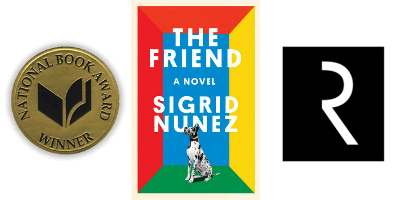 We celebrate THE FRIEND by Sigrid Nunez, published by Riverhead, chosen by the panel of five judges from 368 submissions, as the recipient of the 2018 National Book Award for Fiction, announced Wednesday evening, November 14, at the annual National Book Foundation dinner in downtown Manhattan.

Sigrid Nunez’s previous literary honors include a Whiting Writer’s Award, and two awards from the American Academy of Arts and Letters. THE FRIEND, which The Wall Street Journal praised as “a beautiful book . . . crammed with a world of insight into death, grief, art, and love,” is a story about loss, and the unanticipated ways in which we find healing. When a writer unexpectedly loses her lifelong best friend and mentor, she finds herself burdened with the enormous Great Dane he has left behind. The joys and suffering they experience together help form their loyal, unbreakable bond.

Accepting her award from the podium, Sigrid Nunez offered “my heartfelt gratitude” to her Riverhead publishing team.

During the first half of the ceremony, Vintage Español and Penguin Random House Grupo Editorial author Isabel Allende drew two standing ovations, upon receiving the 2018 Medal for Distinguished Contribution to American Letters, previously bestowed upon John Updike, Toni Morrison, and Stephen King, and for her lovely acceptance remarks. The recipient of many international cultural honors, Ms. Allende is the bestselling author writing in Spanish today. An immigrant in the U.S. for thirty years, who told the audience she is proud to be an American citizen, Allende is the first Spanish-language DCAL honoree.

This recognition is the sixth straight year in which at least one Penguin Random House title has been honored with a National Book Award—and the fifth time in the past six years that a work published by a Penguin Random House imprint has been cited by the category’s judges as the NBA Fiction winner.

In addition to our congratulations to our Riverhead colleagues—whose books have won an NBA two years in a row—we also salute the authors and publishers of our 2018 fourteen Longlist and five Shortlist NBA nominees, along with the semi-finalists and finalists published by our Penguin Random House Publisher Services clients. 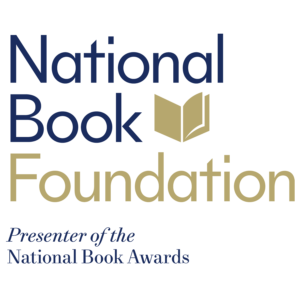 The Friend
A Novel
Sigrid Nunez
978-0-7352-1944-1
“The contemplation of writing and the loss of integrity in our literary life form the heart of the novel . . . Nunez’s prose itself comforts us. Her confident and direct style uplifts—the music in her sentences, her deep and varied intelligence. She addresses important ideas unpretentiously and offers wisdom for any aspiring writer who, as the narrator fears, may never know this dear, intelligent friend—or this world that is dying. But is it dying? Perhaps. But with The Friend, Nunez provides evidence that, for now, it survives.” —The New York Times Book Review
$25.00 US
Feb 06, 2018
Hardcover
224 Pages
Riverhead Books
Tags: Award Winners, National Book Award, Penguin, Awards, Fiction, NBA, Riverhead, Sigrid Nunez, The Friend
Related articles