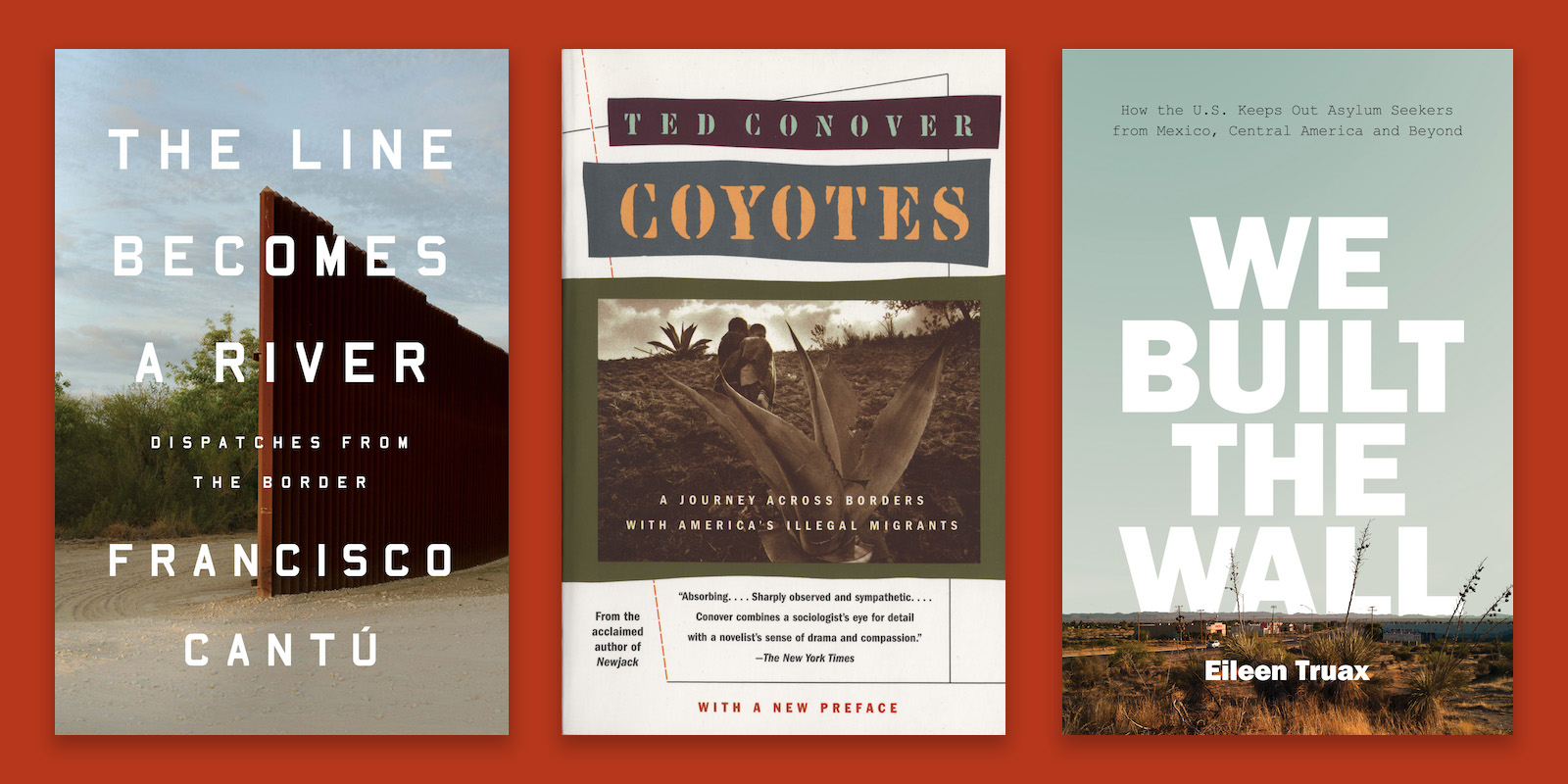 Mexico has a new President: Andrés Manuel López Obrador, the former mayor of Mexico City, won Mexico’s presidential election by a large margin in July. López Obrador’s party, Morena, is new and he defeated two candidates from parties that have ruled Mexico for a century. He ran on a message of tackling corruption and more government aid to the poor.

The United States’ current border issues with Mexico draw attention to the hardships of life there. CNN reports that nearly 35,000 individuals were arrested crossing the southern US border illegally in June. The separation of children from their families created public outcry and nationwide human rights protests. See below for a selection of books about US-Mexico border relations.

There’s a Book for That! is brought to you by Penguin Random House’s Sales department. Please follow the Tumblr by clicking here. 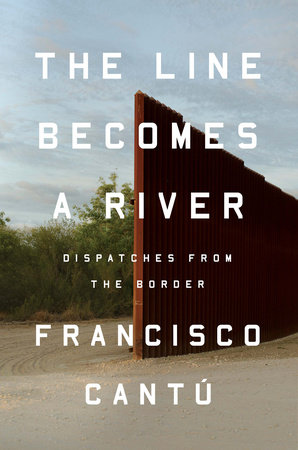 The Line Becomes a River
Dispatches from the Border
Francisco Cantú
978-0-7352-1771-3
For Francisco Cantú, the border is in the blood: his mother, a park ranger and daughter of a Mexican immigrant, raised him in the scrublands of the Southwest. Haunted by the landscape of his youth, Cantú joins the Border Patrol. He and his partners are posted to remote regions crisscrossed by drug routes: They haul in the dead and deliver to detention those they find alive. Cantú tries not to think where the stories go from there. Plagued by nightmares, he abandons the Patrol for civilian life. But when an immigrant friend travels to Mexico to visit his dying mother and does not return, Cantú must know the whole story. Searing and unforgettable, The Line Becomes a River goes behind the headlines, making urgent and personal the violence our border wreaks on both sides of the line.
$26.00 US
Feb 06, 2018
Hardcover
256 Pages
Riverhead Books 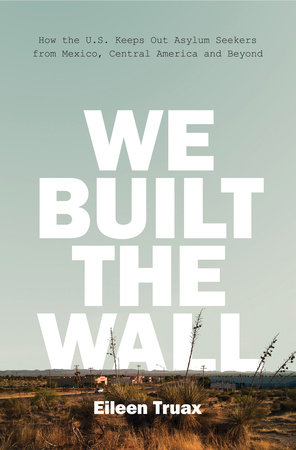 We Built the Wall
How the US Keeps Out Asylum Seekers from Mexico, Central America and Beyond
Eileen Truax
978-1-78663-217-3
We Built the Wall is an immersive look at the new front in the immigration wars. It follows the gripping stories of people like Saúl Reyes, forced to flee his home after a drug cartel murdered several members of his family, and Delmy Calderón, a forty-two-year-old woman leading an eight-woman hunger strike in an El Paso detention center. Truax tracks the heart-wrenching trials of refugees like Yamil, the husband and father who chose a prison cell over deportation to Mexico, and Rocío Hernández, a nineteen-year-old who spent nearly her entire life in Texas and is now forced to live in a city where narcotraffickers operate with absolute impunity.
$25.95 US
Jun 26, 2018
Hardcover
208 Pages
Verso 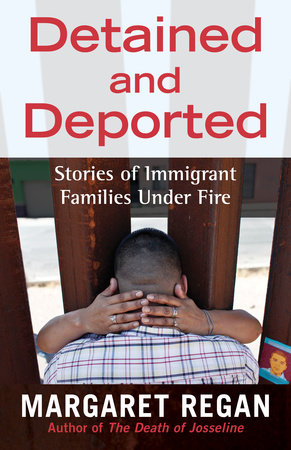 Detained and Deported
Stories of Immigrant Families Under Fire
Margaret Regan
978-0-8070-7983-6
Compelling and heart-wrenching, Detained and Deported offers a rare glimpse into the lives of people ensnared in America’s immigration dragnet.
$18.00 US
May 03, 2016
Paperback
264 Pages
Beacon Press 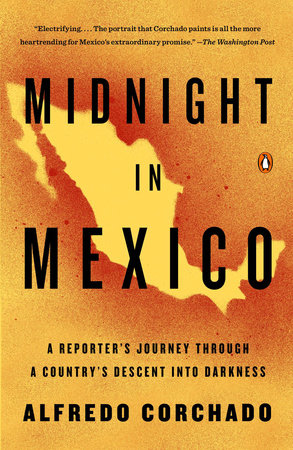 Midnight in Mexico
A Reporter's Journey Through a Country's Descent into Darkness
Alfredo Corchado
978-0-14-312553-2
One of Time Magazine’s Sixteen Best True Crime Books of All Time A crusading Mexican-American journalist searches for justice and hope in an increasingly violent MexicoIn the last decade, more than 100,000 people have been killed or disappeared in the Mexican drug war, and drug trafficking there is a multibillion-dollar business. In a country where the powerful are rarely scrutinized, noted Mexican-American journalist Alfredo Corchado refuses to shrink from reporting on government corruption, murders in Juárez, or the ruthless drug cartels of Mexico. One night, Corchado received a tip that he could be the next target of the Zetas, a violent paramilitary group—and that he had twenty-four hours to find out if the threat was true. Midnight in Mexico is the story of one man’s quest to report the truth of his country—as he races to save his own life.
$19.00 US
May 27, 2014
Paperback
304 Pages
Penguin Books 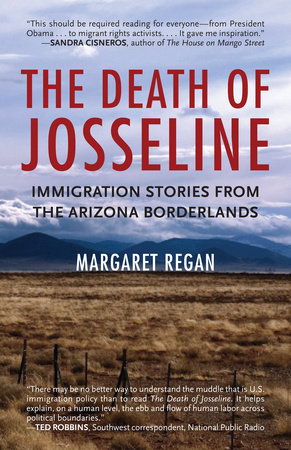 The Death of Josseline
Immigration Stories from the Arizona Borderlands
Margaret Regan
978-0-8070-0130-1
For the last decade, Margaret Regan has reported on the escalating chaos along the Arizona-Mexico border, ground zero for immigration since 2000. Undocumented migrants cross into Arizona in overwhelming numbers, a state whose anti-immigrant laws are the most stringent in the nation. And Arizona has the highest number of migrant deaths. Fourteen-year-old Josseline, a young girl from El Salvador who was left to die alone on the migrant trail, was just one of thousands to perish in its deserts and mountains.
$18.00 US
Oct 12, 2010
Paperback
256 Pages
Beacon Press 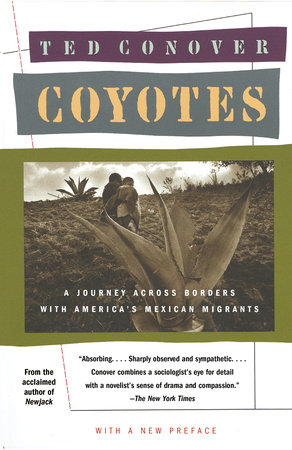 Coyotes
A Journey Across Borders with America's Mexican Migrants
Ted Conover
978-0-394-75518-2
To discover what becomes of Mexicans who come illegally to the United States, Conover disguised himself as an illegal alien, traveling and working across America for more than a year. This is the chronicle of his journey.
$17.00 US
Aug 12, 1987
Paperback
288 Pages
Vintage
Tags: Political Science, Sociology, Domestic Politics, Distributed Publishers, Penguin, Knopf Doubleday, The Line Becomes a River, Coyotes, We Built the Wall, Detained and Deported, Midnight in Mexico, The Death of Josseline, There's a Book for That
Related articles

Because what you read matters.   Subscribe to the Penguin Classics Newsletter here.   With summer’s end on the horizon and fall looming, we’re taking time to recharge with books that inspire us to keep moving forward. The compelling work of these classic authors continues to resonate with relevance and provide great reads through this summer