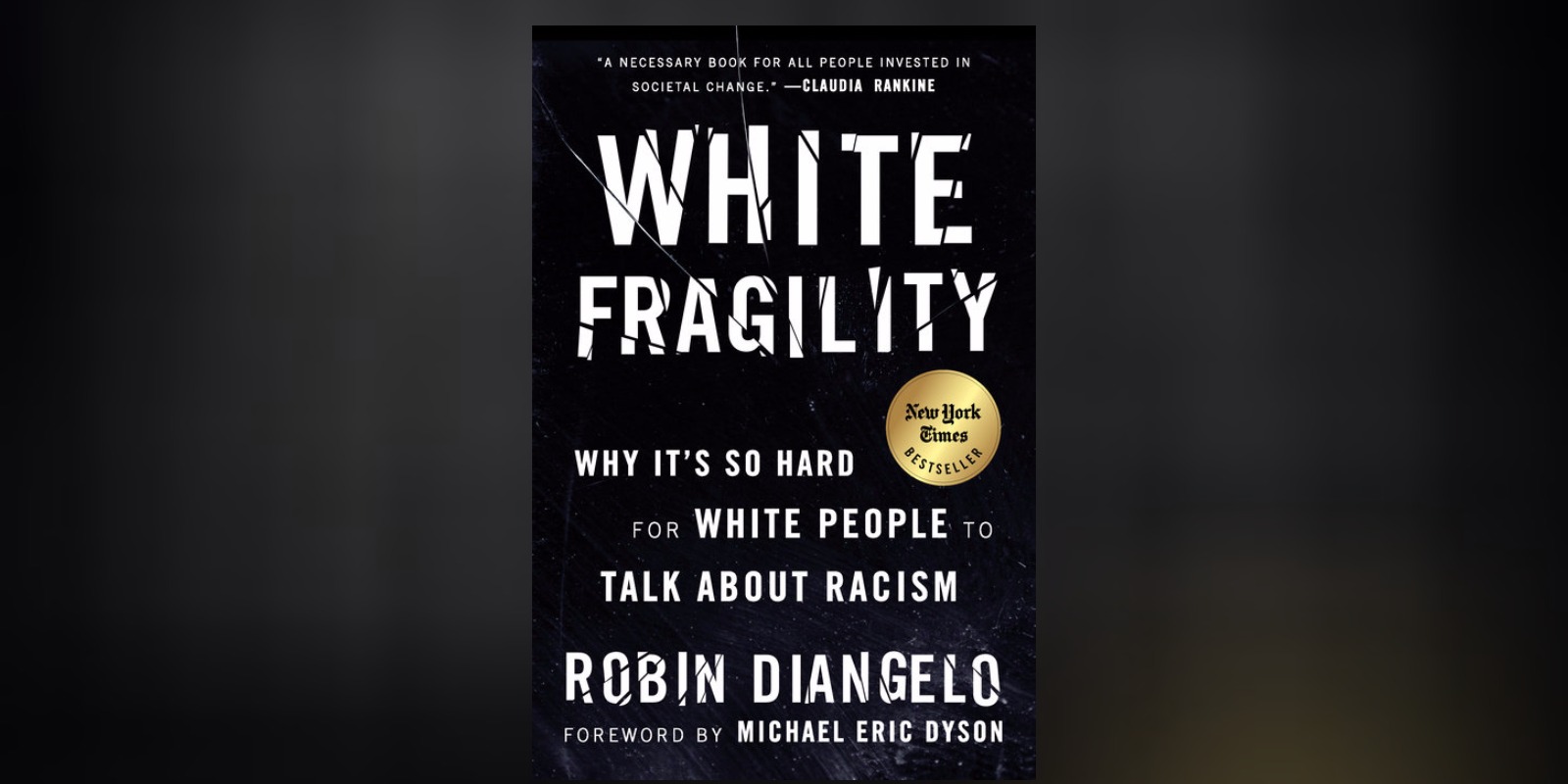 Excerpted from White Fragility: Why It’s So Hard For White People To Talk About Racism by Robin DiAngelo (Beacon Press, 2018). Reprinted with permission from Beacon Press.

The United States was founded on the principle that all people are created equal. Yet the nation began with the attempted genocide of Indigenous people and the theft of their land. American wealth was built on the labor of kidnapped and enslaved Africans and their descendants. Women were denied the right to vote until 1920, and black women were denied access to that right until 1964. The term identity politics refers to the focus on the barriers specific groups face in their struggle for equality. We have yet to achieve our founding principle, but any gains we have made thus far have come through identity politics.

The identities of those sitting at the tables of power in this country have remained remarkably similar: white, male, middle- and upper-class, able-bodied. Acknowledging this fact may be dismissed as political correctness, but it is still a fact. The decisions made at those tables affect the lives of those not at the tables. Exclusion by those at the table doesn’t depend on willful intent; we don’t have to intend to exclude for the results of our actions to be exclusion. While implicit bias is always at play because all humans have bias, inequity can occur simply through homogeneity; if I am not aware of the barriers you face, then I won’t see them, much less be motivated to remove them. Nor will I be motivated to remove the barriers if they provide an advantage to which I feel entitled.

All progress we have made in the realm of civil rights has been accomplished through identity politics: women’s suffrage, the American with Disabilities Act, Title 9, federal recognition of same-sex marriage. A key issue in the 2016 presidential election was the white working class. These are all manifestations of identity politics.

Take women’s suffrage. If being a woman denies you the right to vote, you ipso facto cannot grant it to yourself. And you certainly cannot vote for your right to vote. If men control all the mechanisms that exclude women from voting as well as the mechanisms that can reverse that exclusion, women must call on men for justice. You could not have had a conversation about women’s right to vote and men’s need to grant it without naming women and men. Not naming the groups that face barriers only serves those who already have access; the assumption is that the access enjoyed by the controlling group is universal. For example, although we are taught that women were granted suffrage in 1920, we ignore the fact that it was white women who received full access or that it was white men who granted it. Not until the 1960s, through the Voting Rights Act, were all women—regardless of race—granted full access to suffrage. Naming who has access and who doesn’t guides our efforts in challenging injustice.

My book, White Fragility: Why It’s So Hard for White People to Talk about Racism, is unapologetically rooted in identity politics. I am white and am addressing a common white dynamic. I am mainly writing to a white audience; when I use the terms us and we, I am referring to the white collective. This usage may be jarring to white readers because we are so rarely asked to think about ourselves or fellow whites in racial terms. But rather than retreat in the face of that discomfort, we can practice building our stamina for the critical examination of white identity—a necessary antidote to white fragility. This raises another issue rooted in identity politics: in speaking as a white person to a primarily white audience, I am yet again centering white people and the white voice. I have not found a way around this dilemma, for as an insider I can speak to the white experience in ways that may be harder to deny. So, though I am centering the white voice, I am also using my insider status to challenge racism. To not use my position this way is to uphold racism, and that is unacceptable; it is a “both/and” that I must live with. I would never suggest that mine is the only voice that should be heard, only that it is one of the many pieces needed to solve the overall puzzle.

People who do not identify as white may also find this book helpful for understanding why it is so often difficult to talk to white people about racism. People of color cannot avoid understanding white consciousness to some degree if they are to be successful in this society, yet nothing in dominant culture affirms their understanding or validates their frustrations when they interact with white people. I hope that this exploration affirms the cross-racial experiences of people of color and provides some useful insight.

White Fragility looks at the United States and the general context of the West (United States, Canada, and Europe). It does not address nuances and variations within other sociopolitical settings. However, these patterns have also been observed in white people in other white settler societies such as Australia, New Zealand, and South Africa.

Throughout White Fragility, I argue that racism is deeply complex and nuanced, and given this, we can never consider our learning to be complete or finished. One example of this complexity is in the very use of the racial categories “white” and “people of color.” I use the terms white and people of color to indicate the two macro-level, socially recognized divisions of the racial hierarchy. Yet in using these terms, I am collapsing a great deal of variation. And though I believe that temporarily suspending individuality to focus on group identity is healthy for white people, doing so has very different impacts on people of color. For multiracial people in particular, these binary categories leave them in a frustrating “middle.”

The dynamics of what is termed “passing”—being perceived as white—will also shape a multiracial person’s identity, as passing will grant him or her society’s rewards of whiteness. However, people of mixed racial heritage who pass as white may also experience resentment and isolation from people of color who cannot pass. Multiracial people may not be seen as “real” people of color or “real” whites. (It is worth noting that though the term “passing” refers to the ability to blend in as a white person, there is no corresponding term for the ability to pass as a person of color. This highlights the fact that, in a racist society, the desired direction is always toward whiteness and away from being perceived as a person of color.)

I will not be able to do justice to the complexity of multiracial identity. But for the purposes of grappling with white fragility, I offer multiracial people the concept of saliency. We all occupy multiple and intersecting social positionalities. I am white, but I am also a cisgender woman, able-bodied, and middle-aged. These identities don’t cancel out one another; each is more or less salient in different contexts. For example, in a group in which I am the only woman, gender will likely be very salient for me. When I am in a group that is all white except for one person of color, race will likely be my most salient identity. As you read my book, it will be for you to decide what speaks to your experience and what doesn’t, and in what contexts. My hope is that you may gain insight into why people who identify as white are so difficult in conversations regarding race and/or gain insight into your own racial responses as you navigate the roiling racial waters of daily life. 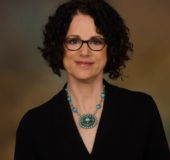 Robin DiAngelo is an academic, lecturer, and author and has been a consultant and trainer on issues of racial and social justice for more than twenty years. She formerly served as a tenured professor of multicultural education at Westfield State University. 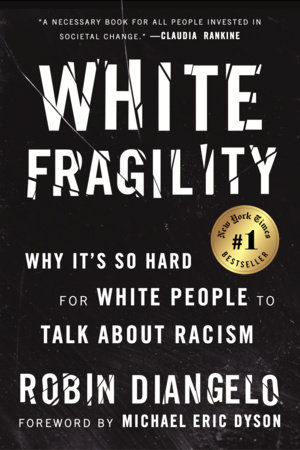 Because what you read matters.   Subscribe to the Penguin Classics Newsletter here.   At the start of a new season and school year for many, we’re turning to the classics to make that transition a little smoother. From classics that should be on every syllabus to works we celebrate during and beyond Hispanic Heritage Month,

Because what you read matters.   Subscribe to the Penguin Classics Newsletter here.   With summer’s end on the horizon and fall looming, we’re taking time to recharge with books that inspire us to keep moving forward. The compelling work of these classic authors continues to resonate with relevance and provide great reads through this summer