Toni Morrison: The Pieces I Am profiles the Nobel and Pulitzer Prize-winning author of international acclaim, featuring interviews with Morrison herself, Robert Gottlieb, Oprah Winfrey, Angela Davis, Walter Mosley, and more. The documentary portrays Morrison in an intimate, human light: examining her life, works, and the philosophies woven throughout the stories she tells. In the video 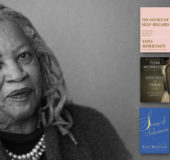 Congratulations to Toni Morrison, who has been selected as the winner of the 2016 PEN/Saul Bellow Award for Achievement in American Fiction, which goes to a living American author whose scale of achievement in fiction, over a sustained career, places him or her in the highest rank of American literature. 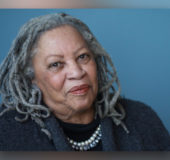