A letter to professors from Corban Addison, author of Wastelands: The True Story of Farm Country on Trial

I went to law school in part because I read A Civil Action in college. Jonathan Harr’s masterful tale of a toxic tort lawsuit inspired in me a fascination with the courtroom and a desire to fight for the rights of people who have suffered injustice. When I finished that book twenty years ago, I never dreamed that I would get the chance to write one much like it, to tell the inside story of a historic lawsuit with national implications for environmental justice, industrial agriculture, and America’s food supply. Nor did I imagine that Jonathan Harr would offer me a glowing endorsement and that John Grisham would write the foreword. Life is full of intriguing harmonies. 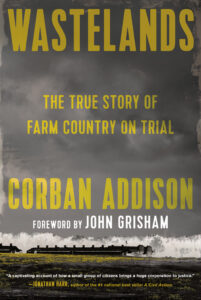 It is with great pleasure that I introduce Wastelands: The True Story of Farm Country on Trial. Three years ago, a friend called me and told me a story that sounded almost too good to be true. It was about a lawyer he knew, a woman named Mona Lisa Wallace from his hometown in North Carolina. In 2013, Mona took up the banner of a rural community “down east,” as the locals call it, a community comprised of mostly Black people of modest means. Over the course of a generation, that community had seen its ancestral land—as well as its air and water—degraded by pollution from factory farms tied to the world’s largest hog producer, Smithfield Foods. They had agitated for change, but the change never came. Not until Mona took Smithfield to court.

Her mass action required seven years to litigate. It sparked rallies in the streets, a firestorm on social media, death threats to the lawyers, witness intimidation, and an attempt by the industry’s bedfellows in the state legislature to modify the centuries-old definition of nuisance retroactively to prevent the lawsuits from ever reaching a jury. Notwithstanding these headwinds, Mona and her co-counsel persisted, bringing five cases to trial and winning five plaintiffs’ verdicts, including the largest verdict in North Carolina history—$473 million for only six neighbors. To top it off, on appeal, her team received an extraordinary affirmation from Judge Harvie Wilkinson, a conservative lion, who wrote that the verdicts were not only legal sound but fundamentally just.

As soon as I heard about Mona, I decided to speak with her. She sounded like the kind of lawyer I had aspired to be before I took a turn in a more literary direction. After graduating from Virginia Law School, I had spent six years in the trenches of corporate litigation before leaving the practice of law to write novels about global injustice—everything from forced labor and human trafficking to piracy in the Horn of Africa and the underside of fast fashion. When I spoke to Mona, she invited me to meet her team and clients and attend the opening day of the last trial. Sitting in the federal courthouse in Raleigh, listening to Mona’s trial counsel, Mike Kaeske, deliver his opening statement—a visual and oratorical tour de force that he had spent 1,600 hours crafting—I knew that this story was special. I also knew that, as a lawyer, I was ideally positioned to bring it to life on the page. This time, however, I wouldn’t write it as fiction. I would tell it as fact.

At the outset, I knew that my audience would naturally include lawyers. Every law school graduate is a connoisseur of the great cases—the Scopes Monkey Trial and Palsgraf v. Long Island Railroad, Brown v. Board of Education and New York Times v. Sullivan. Great cases shape the law and change the world. They also make for compelling human stories. I knew that if I placed the story of the Smithfield litigation in the right frame, if I wrote it in a way that appealed to the intellect and to the heart, the book could be both inspirational to students and valuable to professors in the classroom. Recently, a lawyer friend confirmed my instinct. After reading the manuscript, he said, “I bet every tort professor in the country could use this.” I agreed but thought his lens was too narrow.

More than just an object lesson in mass torts and nuisance law, Wastelands offers a rare window into trial advocacy at the highest level, into case development and discovery, depositions and client relations, the psychology of jury trials, the composition and delivery of openings and closings, the order of proof, the strategy of cross-examination, and the unique pressures of trying five successive high-profile cases against a billion-dollar corporation with massive political clout in the glare of the media spotlight. In addition, Wastelands explores the history of industrial agriculture in America, the epidemiology of animal waste exposure, the geopolitics of the pork industry, the disparate impact of agricultural pollution on low-income people of color, the evolving technology of agricultural waste disposal, the problem of legislative capture by the Big Ag lobby, and the efforts of grassroots activists to drive industrial reform and abate the harms suffered by humans and the environment.

Taken as a whole, Wastelands could be an asset to professors of torts and complex litigation, environmental and public health law, agricultural and food law, and trial advocacy and competition. I could also imagine it being a useful supplement in the clinical context, in part substantively and in part as a means of encouraging law students working with clients for the first time to believe that their work genuinely matters, that with a combination of skill and strategy, hard work and persistence, they can flip the script on injustice and redress long-standing wrongs.

I hope you find Wastelands useful in your pedagogical efforts. Please accept my thanks for all you are doing to train the next generation of lawyers. 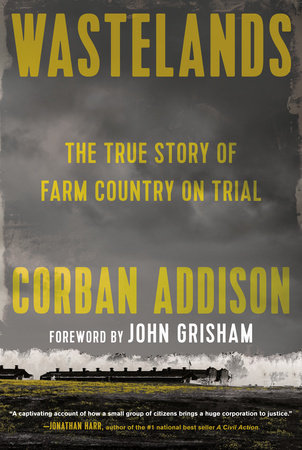 Wastelands
The True Story of Farm Country on Trial
Corban Addison
978-0-593-32082-2
The once idyllic coastal plain of North Carolina is home to a close-knit, rural community that for more than a generation has battled the polluting practices of large-scale farming taking place in its own backyard. After years of frustration and futility, an impassioned cadre of local residents, led by a team of intrepid and dedicated lawyers, filed a lawsuit against one of the world’s most powerful companies—and, miraculously, they won.
$30.00 US
Jun 07, 2022
Hardcover
464 Pages
Knopf
Tags: History of Agriculture, Environmental Politics and Policy, Civil Procedure, Environmental Law, Torts, Trial Law
Related articles 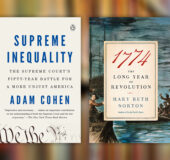 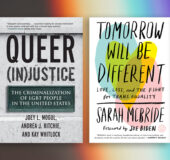