Psychologist Devon Price on Autism and the New Faces of Neurodiversity

I didn’t find out I was Autistic until after I completed my PhD in psychology in my mid-20s. Aside from a few brief mentions of the disability in a graduate-level developmental psychology class, I hadn’t learned Autism in my psychology coursework very much at all. The image of the disability I had in my mind was singular: that of a nonverbal child (usually a white, male one) who was kept isolated in a special educated classroom, their back turned to everyone while they furiously arranged blocks in a row.

My understanding of Autism was profoundly misinformed by media stereotypes, and old clinical ideas that the disability was caused by having an “extremely male brain.” I didn’t think Autistics could lead fully-realized, complex, and interdependent lives. In one introductory psychology course, a professor even taught us that Autistics had no desire to connect with other human beings. They were, as psychologist Ivar Lovaas once said, living things that had the faces and bodies of humans, but which held no humanity inside.

After I found out that I was Autistic, I learned that this dehumanizing, deeply outdated view of the neurotype was a complete lie. I found myself inhaling blogs and YouTube videos made by Autistics, and reading articles in the nascent peer-reviewed journal Autism in Adulthood. I also began conducting my own research, interviewing Autistic people of all backgrounds and identities about their experiences, and reviewing and synthesizing the neuroscience on our shared disability.

Thanks to advocates like Neurowonderful’s Amythest Schaber, I learned that Autism could look like being a soft-spoken, sensitive transgender person with a passion for helping other people—exactly like me. From nonverbal Autistic writers like Ido Kedar, I learned that many in our community who are written off as “silent” have actually been attempting to communicate all their lives, only to be violently ignored. And through disability scholars like Alice Wong and Judy Singer, I discovered the concept of neurodiversity, and with it the idea that Autism is not a defect to be cured or hidden away, but rather a completely natural human variance deserving of accommodation and acceptance.

My book Unmasking Autism represents nearly a decade of scholarly effort and exploration. Using historical accounts, interviews with experts and self-advocates, and citations from the scientific literature, I explain how the mainstream image of Autism came to be so limited (and limiting). Using research and rich, illustrative interviews, I introduce the reader to a diverse array of Black, brown, transgender, female, queer, poor, and multiply-marginalized Autistics who, like me, had their disability ignored for decades because they did not resemble the stereotype of Autism that most people have in their minds.

In the book, I also introduce the concept of masked Autism, a form of the disability borne out of systematic exclusion. I point to data showing that marginalization (due to racism, sexism, transphobia, and other biases) forces many Autistics to hide or “mask” our symptoms out of necessity. No matter how intensely we might be suffering inside, we spend years trying to stifle our sensory issues, social challenges, and repetitive behaviors, all in a desperate bid to blend in.

Learning that I was Autistic was a completely revelatory and freeing discovery. I finally had an explanation for why I found public spaces and large event so painfully overwhelming, and why basic social niceties and clichés had always driven me up the wall with frustrated confusion. By learning more about Autism and the community’s full diversity, I was able to find self-acceptance. I have built a life that suits my neurotype and its strengths after years of warring against it and trying to mask as a neurotypical person. In Unmasking Autism, I offer a variety of resources and exercises for neurodivergent people who are seeking to better understand themselves and build a less-masked, more authentic and comfortable life as well.

In this book, educators will find helpful resources and passages on topics essential to the fields of psychology, sociology, social work, and disability studies, including:

Unmasking Autism is a resource by Autistics, for Autistics, but it’s also written to inform a wide audience about what Autism really is, what Autistic people need out of our care providers, teachers, and loved ones, and how the world might become more welcoming to people of all neurotypes. 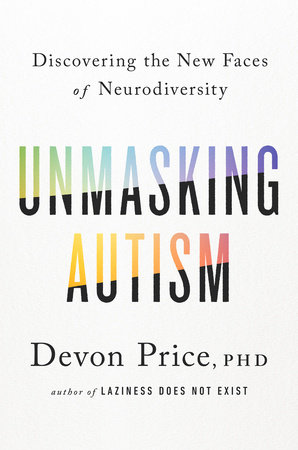 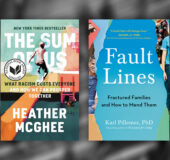 Do you teach Sociology?