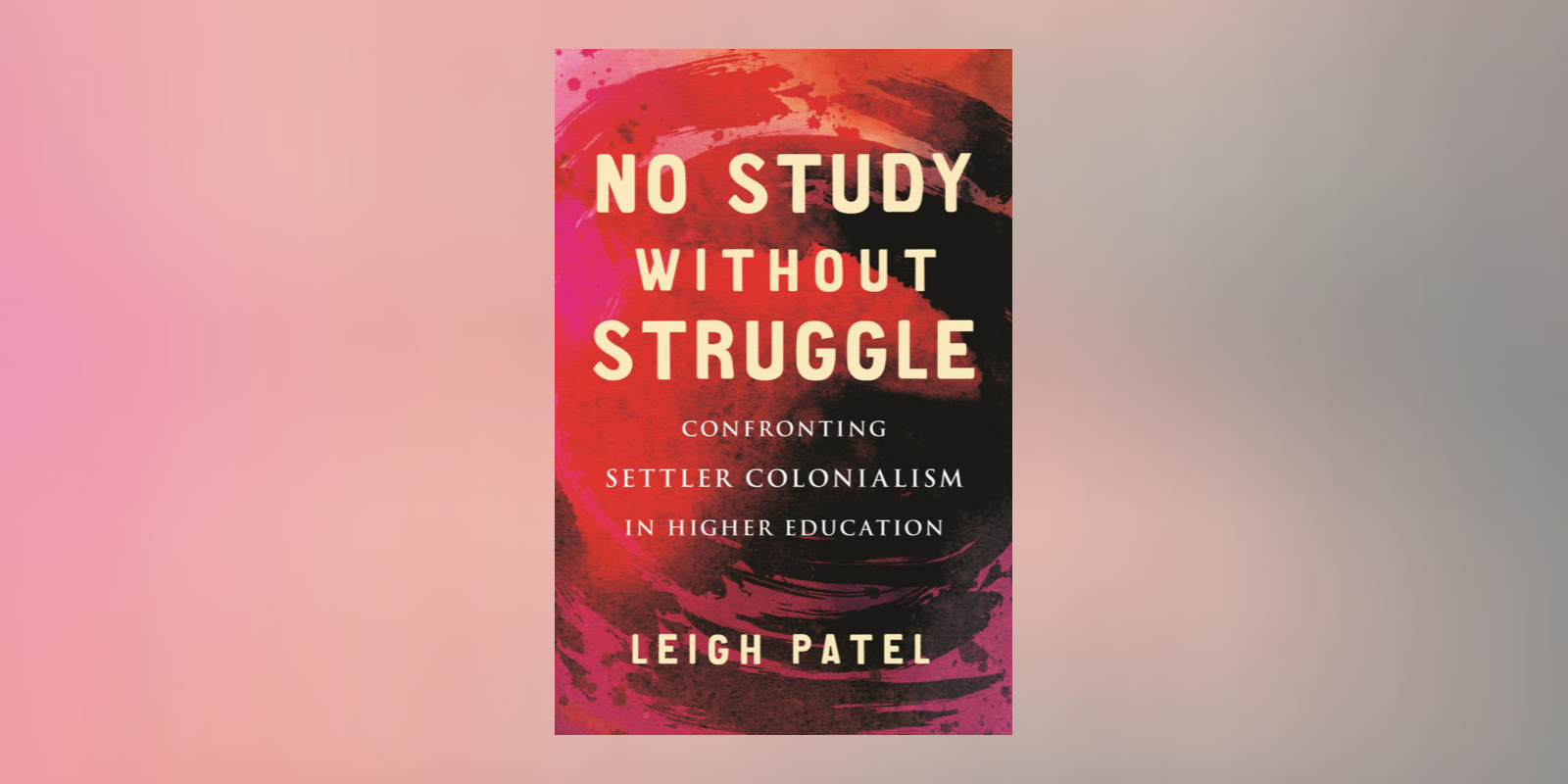 Higher Education Must Be Decolonized Through Study and Struggle: A Q&A With Leigh Patel, author of No Study Without Struggle 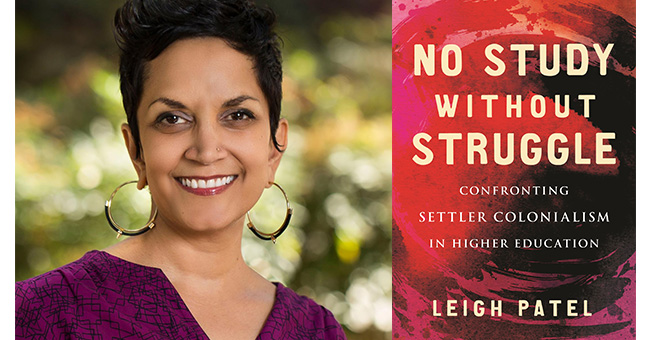 An inconvenient truth lies beneath the promises of opportunity and prestige that higher education degrees offer. US academic institutions are built upon legacies of stolen labor on stolen land. Through history, this settler-colonial foundation has trapped us in history and perpetuated race, class, and gender inequalities on campus. Social protests, often led by youth, have fought for equitable access to education and continue to do so. But as Dr. Leigh Patel argues in No Study Without Struggle: Confronting Settler Colonialism in Higher Education, it’s high time for these institutions to reckon with their legacy. Beacon Broadside editor Christian Coleman caught up with Patel to chat with her about her book and how we see these structural inequalities take place today.

Christian Coleman: Tell us about what inspired you to write No Study Without Struggle.

Leigh Patel: As someone who has a deep love of learning and teaching, places of formal education have often brought me some amount of heartbreak. We have absolutely stunning teachers because they are also learners, and students who teach as they continue to learn. However, much of education, and glaringly so in higher education, has been shaped by mythologies of who is smart, intelligent, deserving, and more recently in higher education, what to do to bring in money. I often say to my students that they have been told lies about society in their K-12 education and that they’ve come to love those lies. In this book, I hope that readers will join me in tracing how often those lies and those mythologies have been challenged through the closely intertwined and historical struggle to study.

CC: You write that naming the problem of racism in higher education is necessary but insufficient. Why is settler colonialism a more comprehensive framework for explaining how marginalized communities experience harms and barriers to higher education?

LP: With all the inequities in society, a key question is: How do I look at or frame this inequity? What does this approach allow, even obligate, me to know? What does it leave out? Racism is undeniably the bedrock to this nation’s formation. However, racism is not often discussed in relation to the ongoing attempt to erase Indigeneity. We lose track of this vital component that continues to manifest itself. In higher education, where property rights are central as an asset and as an arm of the government, the framework of settler colonialism allows and obligates us to do better. It might be a good and important move to take down the statue memorializing an eighteenth-century enslaving man, but what do we learn about the relationships to land and Indigeneity where that statue stood? For the white students in universities who are not taught about the stolen land that required stolen labor in this nation’s creation, higher education is doing them a disservice and prolonging the harm that is done to Indigenous, Black, disabled, and poor people.

CC: You also write that settler colonialism is continuous as a process and a structure, not just a distant historical event that can be glossed over with the narrative of education as the great equalizer. Why was it important to make this point?

LP: Most people are in touch, emotionally and psychically, with the idea of education as the great equalizer as well as a constant reflection of their worth. Who hasn’t received a low grade or a rejected paper and felt that it was a reflection of their intelligence? This individualism is a largely shared belief system that says if you work hard, play by the rules, and are a good person, this country will open opportunities to you. It’s the myth of meritocracy that blurs population-level inequities and places all the responsibility in one person’s lap. It also alleviates the ongoing practices of the ongoing enclosure of Black and brown people’s bodies and spirits, denying them the ability to thrive, as Bettina Love writes about so eloquently. Settler colonialism has the potential to remind us that education often comes out of a political economy that is deeply interested in wealth accumulation for a few rather than well-being for all, including land as a life form. The ongoing structure of settler colonialism offers us, again and again, the opportunity to be in right relation with historical accuracy and to act. Reading land acknowledgements is a start but has not moved many institutions to, for example, fly the flags of the Indigenous peoples whose land the college occupies.

CC: There’s a part where you identify the gift economy as part of the settler colonial structure. It’s devised to make students and faculty of color feel indebted to universities, to make them feel they owe gaining entrance to colleges to some great benefactor. Would you say this invokes the white savior complex in university gatekeepers to absolve them of reckoning with the inequalities they uphold on campus?

LP: This is a fantastic question. There are lots of labels that have been uttered, more frequently in the past years and months following the police killings of George Floyd and Breonna Taylor, including white ally, white co-conspirator, and white savior. All of higher education has engaged in gatekeeping. Even the legislation that created the first historically Black colleges and universities (HBCUs) included gatekeeping of separatism and financial stability. What HBCUs have done with the lesser gift is shape transformative leaders, including Thurgood Marshall, Zora Neale Hurston, Julian Bond, and Toni Morrison. So, when we understand that universities, still overwhelmingly led by white administrators and faculty who don’t share many lived realities as their first-generation students of color, use gift-like awards and scholarships, it can also blur the fact that universities often exploit labor. Students are made to feel like they are indebted to the university or that one professor who gave them an override into a full course, when all the time our role as university educators is to serve students and their learning to transform society.

CC: As someone who spent years mired in student loan hell, I felt vindicated seeing how you address and indict student loan debt as part of the settler colonial structure. What tipped you off to include it in your argument?

LP: I wish I could topple over the horrible and intricate reality of student loan debt! Addressing the rapidly rising rates of student loan debt has always been central to me. Because I love learning, it feels odd to me, if not offensive, to charge people to learn. To be even more plain about it, universities are often charging people for a credential, an opportunity to build social networks, and sometimes they learn important histories or ways of knowing in the process. Looking at student loan debt through race, class, gender, and parents’ or caregivers’ education gives us a better understanding that, as with all institutions in the United States, there are tremendous differences in not only how much loan is carried by Black and Latinx students but also how likely they are to secure employment in a society that questions their intelligence at every corner.

CC: How do you see this book in conversation with your previous books, Decolonizing Education Research and Youth Held at the Border?

LP: I very much see this book in relation to both of those books. Across all three books, I dig deeply into the national narratives that we are told and how different those narratives are from the intertwined realities of colonialism, racial capitalism, and wealth and wellness for a few. Across the ways that migrant youth encounter national, racial, gender, sexuality, and cultural borders, the ways that graduate students are taught research that has often been extractive to their home communities, to the study groups that have demanded better from higher education, I am consistently tracing the logics of oppression and the important struggles from students for higher education and the nation to do better.

The fantastic news for colleges who are confronting settler colonialism in their policies and practices is that there are innumerable examples of collectives coming into formation to study in order to act. Learning is much bigger than school, college, or university. Reckoning with settler colonialism is an invitation to destabilize who is an expert and who is need of an expert. Reckoning helps us to tell the truth and realize that there are openings and invitations for us to work, to study, and to struggle together for a society where schools are not warehouses or fickle distribution bureaucracies of credentials.

CC: And lastly, do you consider Cornel West’s resignation from Harvard as exemplary of the issues you unpack in No Study Without Struggle?

LP: This is a great example of what else we can see if we widen our lens from racism to settler colonialism. The public coverage of Nikole Hannah-Jones’s and Cornel West’s treatment by two of the most heralded universities in this land animate settler colonialism.

In Hannah-Jones’s case, it was the impact of wealthy alumni calling a member of the University of North Carolina’s board of trustees and taking issue, purportedly with Hannah-Jones’s approach to journalism. Settler colonialism claims knowledge as property, as well as land and some people. UNC lost one of our most impactful journalists to an HBCU because UNC deferred to wealth and what money told them was valid.

In Cornel West’s case, he is one of five faculty who are Black and/or scholars of color who have spoken and written about US imperialism. All were denied tenure. A settler colony does not like being reminded that it is actively occupying land and materially sustaining that practice in other places in the world, including Israel and Palestine. Were these racist practices? Yes. Without an analysis of setter colonialism, though, we might collapse it into a problem of racism in hiring and processes. It’s much deeper and wider than that.

Dr. Leigh Patel is an interdisciplinary researcher, an educator, a writer, and a professor at the University of Pittsburgh. She works extensively with societally marginalized youth and teacher activists. Patel is a recipient of the June Jordan Award for scholarly leadership and poetic bravery in social critique and is a national board member of Education for Liberation, a long-standing organization dedicated to transformative education for and by youth of color. She is the author of Youth Held at the Border and Decolonizing Educational Research. Connect with her on Twitter at @lipatel.

This was originally posted on Beacon Broadside 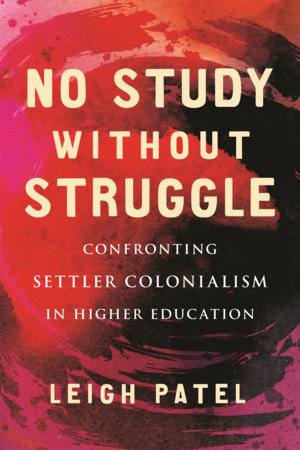 By: Matt Damon When one of the world’s great social entrepreneurs, Gary White, first told me his solution for ending the global water crisis, I honestly thought it sounded absurd. Our conversation took place back in 2008, at the Clinton Global Initiative. Gary and I were at CGI because we were both, at the time, 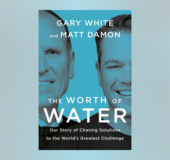 Matt Damon on the Conversation That Made Him a Social Entrepreneur