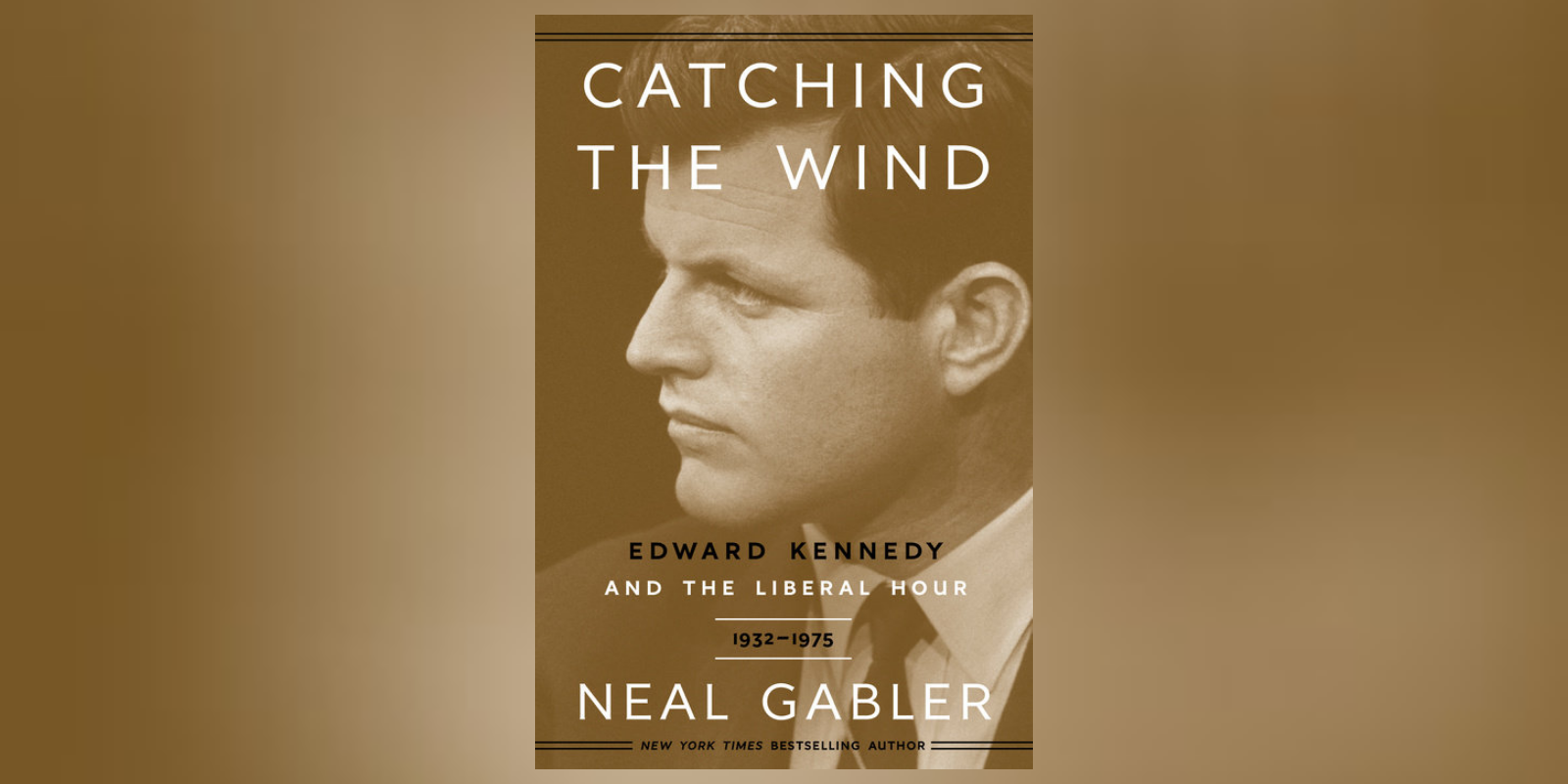 Neal Gabler on Teaching the Next Generation About Their Political Heritage

Contributed by Neal Gabler, author of Catching the Wind: Edward Kennedy and the Liberal Hour, 1932-1975

What happened to America?  What happened to bring us to this moment of deep and perhaps unbridgeable polarization, of disorder and chaos, of skepticism about science, institutions, even the very idea of fact itself, of rising white supremacy, of moral anomie, of despair, and of doubts about whether our democracy can survive? That is probably the most relevant and urgent question of the day—a question that we keep asking ourselves and that those of us who teach, as I do, hear our students asking as well. If one of the primary purposes of education is to help our students understand and then process their world, then we teachers have a duty to wrestle with those questions and even propose answers.

When it comes to politics, our students care. More than care. They are roused. A recent survey indicated that 71% of students at four-year colleges and universities are certain to vote in the 2020 election. But they are also confused. If my own teaching experience is any guide, they want some context for our current political situation—some way to get a grip on what is happening. I know, because I taught a course last semester in understanding politics so that we could better write about it. My students couldn’t have been more absorbed, and as much as I would love to say that it was the teacher who ignited them, it was, alas, the subject.

When I set out 10 years ago to write a biography of Senator Edward Kennedy, the first volume of which is Catching the Wind, I was asking myself similar questions about the path our politics had taken. There was no Donald Trump then—actually Barack Obama was president—but there had nevertheless been a sea change in American politics over the 50 years that preceded Obama’s presidency, and I wanted to understand why. I wrote these books to explore answers for myself as to what had changed the country’s course from one of liberalism to conservatism. (Hint: I think it has a great deal to do with the way the moral authority that had undergirded liberalism eroded.) Like many of you, I teach through stories. And when I pondered how to tell that story of political transformation, I thought that a good way, a dramatic and compelling way, was to personalize it by telling the story of Edward Kennedy, who occupied the epicenter of politics in his time and whose life traced the shift from liberalism to conservatism. I felt then, and I feel now, that students who might be bored by a conventional history of modern American politics might be engrossed by a story with action and violence and sex and mystery (Chappaquiddick) and skullduggery (mainly Richard Nixon’s) and overwhelming tragedy but one that also clearly lays out the tortuous course of liberalism. In short, a readable but reliable history with relatable characters as well as facts.

Edward Kennedy came to the Senate late in 1962, at the tender age of 30, just old enough to qualify for admission, during the presidency of his older brother John. It was a period of energy and idealism and even a sense of national big-heartedness. John Kennedy proposed national health care for the elderly (Medicare), a poverty program to assist the poor, and, most significantly, a civil rights act that would, among other things, grant black citizens the same rights as white citizens in eating at the restaurants they liked, staying at the hotels they liked, attending the theaters they liked—all things that had been proscribed to them since the end of Reconstruction. Not all Americans embraced these efforts. None of these laws would be passed until after John Kennedy’s assassination, and when they were it was in large measure because of Kennedy’s assassination, which prodded the nation to honor the trail he had tried to blaze for social justice. Again, based on my own experience, our students know very little about this era. In fact, my own students knew very little about John Kennedy generally, except that he had been killed, and even less about the Great Society. That is precisely why, I imagine, they would take a course in modern American history. They want to know from whence their own political culture erupted.

Historians would call the period of social ferment in the 1960s after Kennedy’s death, the “liberal hour.” It was also in many ways the height of American compassion. It didn’t last long. Already, with Richard Nixon’s election in 1968, it was withering under the stresses of the Vietnam War and white backlash against the fight for black civil rights. Over the nearly 47 years of Edward Kennedy’s Senate career, the country would lurch further rightward, and liberalism would become in many quarters a dirty word, even as Kennedy continued to fight for liberal causes that he felt helped the helpless and empowered the powerless. In this volume, readers will see how the white working class turned on liberalism and why they turned on liberalism. And in seeing that, students will get a context for the long decline of liberalism, though not without some triumphs along the way, and see harbingers for the presidency of Donald Trump, which, however one feels about Trump, is likely to be regarded as the most illiberal in American history.

So while Catching the Wind is, I hope, a stirring, page-turning narrative of Edward Kennedy, one that I hope will capture the students’ interest and imagination, it is also a full-blown political history of America from the early 1960s through the mid-1970s, featuring John Kennedy, Lyndon Johnson, Richard Nixon, George Wallace, George McGovern, and Gerald Ford, and it lays a foundation for the political history that would follow, including that of the students’ own day. And while it is a long book, I have tried to compartmentalize episodes it in such a way that they would be self-explanatory, so that one could assign portions of the book without having to assign the entire book.

And, finally, because Catching the Wind is not only a political history but also a close examination of how the legislative process worked in that period, it could also be used in courses on political science and government to illustrate how that process had changed from then to now. Why can’t Congress seem to get anything done? This book tells why.

No single book could comprehensively describe political changes as profound as those of the ’60s and ’70s. But in telling the story of Edward Kennedy up through his 43rd year in 1975, Catching the Wind attempts to tell a new generation a large part of the story of American politics in that era.

Click here to order an examination copy of Catching the Wind.