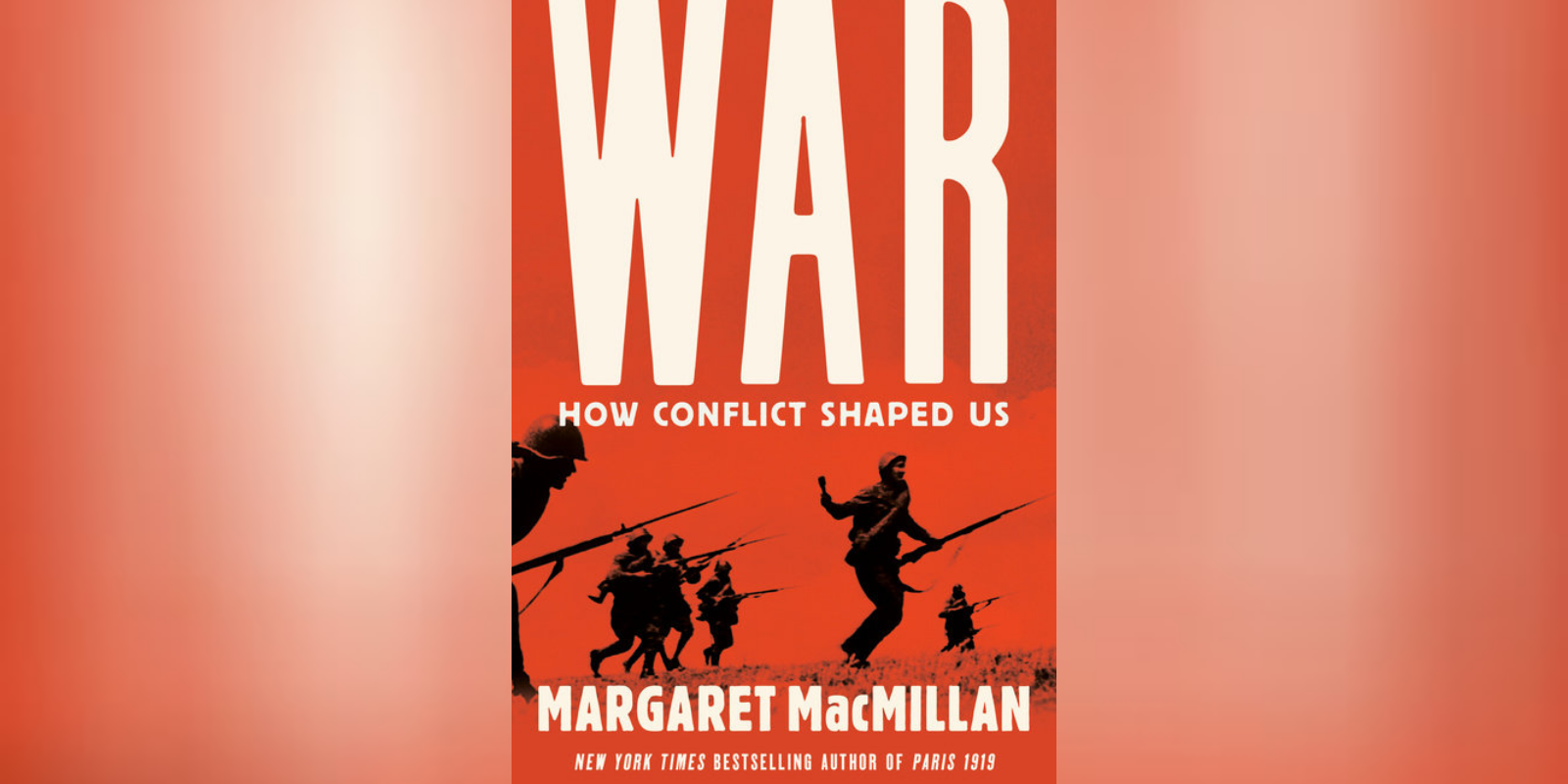 Contributed by Margaret MacMillan, author of War: How Conflict Shaped Us

Let me start with what my book is not about. It is not a history of war, although it contains many historical examples. Nor is it, unlike the many books that line the shelves of libraries or bookshops, devoted to a particular campaign or battle. You will find weapons in its pages, from spears to guns to drones, but it is not a history of the ways wars have been fought. My aim is both simpler and bolder. It is to make the reader aware of war as a force that has shaped human society throughout history.

I raise the great questions that theologians, philosophers, and historians have asked time and again about war. Why does it happen, and why do we often choose to fight? And why, throughout history, have the great majority of warriors been men? Why are civilians so often the victims of war? How have humans tried to limit or abolish war? And how do our artists and writers try and capture the experience and essence of war? Much as we sometimes hate to admit it, war has stimulated great works of art, from Homer’s Iliad to Picasso’s Guernica.

I suggest answers, but I want readers to make up their own minds and come away with a better appreciation of the complexity of war and its impact on history. Who wins matters. Imagine what our world would look like if Germany and Japan had won the Second World War or if the Soviet Union had not lost the Cold War. The development of big nations and empires and of strong central governments has gone hand in hand with our capacity to make wars. It is impossible to say which drives the other; the more military forces a government possesses, the more it can control its own society and make war on others.

War has a dangerous glamour. We make heroes of great generals and warriors and glorify great battles in song and poetry. We must never forget the terrible costs: the deaths, the destruction of cities and towns, or the ruination of trade and agriculture. As I stress throughout my book, it is the weak or the helpless, the old, the women, and the children who often pay the heaviest price. Indeed they are often the target. Yet we should also be aware that wars have spurred new scientific and technological advances such as penicillin or the jet engine in the Second World War. Great conflicts, like great economic crises or pandemics, can show up the defects in societies and bring improvements in the status of the lower classes, minorities, or women.

You may well ask why societies don’t put all their resources into peaceful change and to eliminating war. Yet so far, in spite of many attempts over many centuries, humans still resort to armed conflict. As a species, we possess aggressive tendencies; like our close cousins the chimpanzees, we can lash out when we are afraid. But that does not adequately explain why we make war, which is not sudden violence but a highly organized and purposive activity. Leaders, and often they have popular support, make war because they choose to even though the costs are potentially so high. Their reasons, I suggest, come down to three: greed, fear, and ideology. Greed for what others have whether land, riches, or people; fear that submission in the face of a threat will be worse than war; and ideology, from religions that promise eternal rewards to nationalism.

When I lecture, as I often do, about war in human history I usually get asked why I don’t choose instead to talk about peace. I am not surprised, but I try to explain, as I do in my book, why we need to study the two things together. War is a grim and persistent presence in our evolution. It exists as far back as we can tell in organized human society; it has destroyed empires and nations; and it has killed, maimed, or enslaved millions. It is still very much part of our world. If we have not had major state-to-state wars in the 21st century, armed conflict still creates destruction and misery, in failed states such as Congo, Iraq, Yemen, or Afghanistan. And powerful states from the U.S. to China still make the plans and the investments for possible wars. If we want peace, we need to understand war, and in so doing we will also learn something about ourselves. I hope my book will help readers in that quest.

Click here to order an examination copy of War: How Conflict Shaped Us.

December is Universal Human Rights Month. This month is a reminder that the United Nations General Assembly codified the basic human rights of every person. It’s also a time to reflect on the way we treat others, and to do what we can in the fight for equality.   We have provided a book list 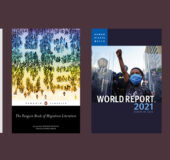