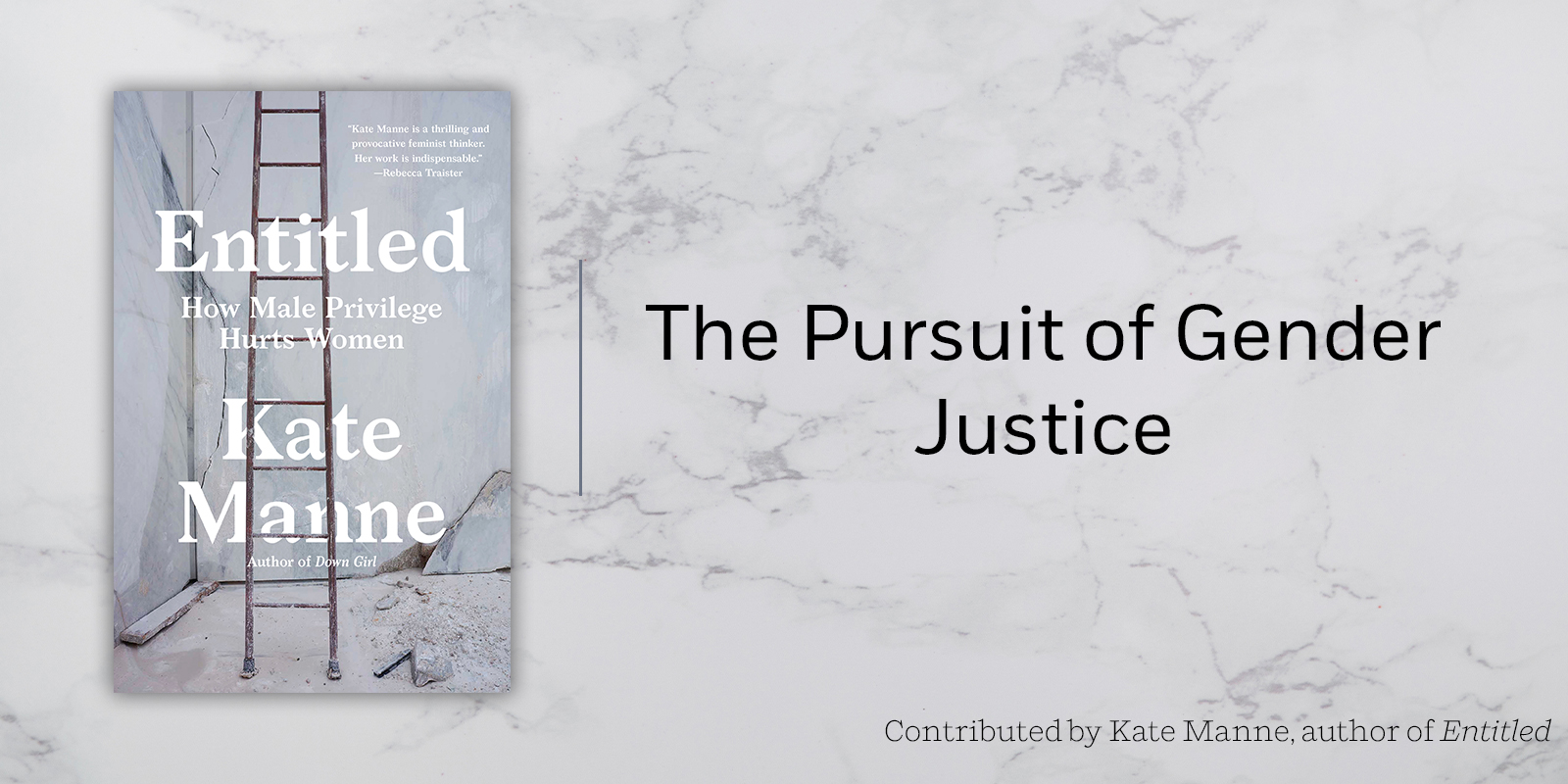 Cornell Professor Kate Manne on the Pursuit of Gender Justice

CW: This post contains descriptions of misogynistic and sexual violence

On Friday May 23, 2014, I was an assistant professor just finishing up my first year of teaching at Cornell University. Scrolling through my Facebook feed, I saw reports of a horrible crime that had been committed late that evening: a young man, 22, had shot and killed two young women outside the Alpha Phi Sorority House at the University of California, Santa Barbara. Before he struck, he had uploaded a YouTube video vowing to wreak revenge on the “hot blond sluts” who had cruelly rejected him. As he put it:

You girls have never been attracted to me. I don’t know why you girls aren’t attracted to me, but I will punish you all for it. It’s an injustice, a crime. . . . I don’t know what you don’t see in me. I’m the perfect guy and yet you throw yourselves at these obnoxious men instead of me, the supreme gentleman.

Prior to driving to UCSB, Rodger had also killed the three men in his apartment (his roommates and a guest of theirs). He shot at many people during his subsequent drive-by shooting spree, killing one more man, and wounding 14 others. Rodger took his own life—with a shot to the head—before he could be apprehended by law enforcement.

Rodger’s crimes were salient to me partly because now, as a professor, I felt a special responsibility to my female students—who, I was aware, were especially vulnerable to sexual assault, sexual harassment, as well as dating and intimate partner violence. University campuses were and are not a safe place for women, due to threats from both inside and outside of the college community (the latter being the case with Elliot Rodger, a community college drop-out).

More broadly, I became fascinated with how the Isla Vista shootings, as they subsequently became known, were a case study in misogyny, male entitlement, and the failure to take these problems seriously as a society. I wrote a book, Down Girl: The Logic of Misogyny, that was published in late 2017, which sought to define misogyny as the “law enforcement” branch of patriarchy—that which seeks to control and punish women who don’t conform to patriarchal norms and expectations. Some of the most important of these norms and expectations are that women satisfy men’s wrongheaded sense of entitlement to sex and—equally perniciously—to care, love, attention, and admiration. This was certainly the case for Rodger, who declared in his video:

Girls, all I ever wanted was to love you, and to be loved by you. I’ve wanted a girlfriend, I’ve wanted sex, I’ve wanted love, affection, adoration. You think I’m unworthy of it. That’s a crime that can never be forgiven.

And when these supposed female “crimes” are at stake, boys and men, along with non-binary people, are liable to be punished too—in Rodger’s case, for being more successful than him on the dating so-called market.

My new book, Entitled: How Male Privilege Hurts Women, delves into male entitlement in its myriad forms (primarily in the U.S. context), and shows how misogyny results from it being deployed—or disappointed. I canvass incels such as Elliot Rodger, the massive failures to prosecute rape cases, the insidious pressure on women to please men by going through with unwanted sex, the systemic injustices faced by women (especially Black women) within the medical system, the attempt to control and punish women’s reproductive choices, and the egregiously unfair standards faced by female politicians. On the positive side, I argue that girls and women are entitled to far more by way of care, support, and nurture than they characteristically enjoy in our society—this being a particularly grave deficit faced by girls and women of color. Girls and women also have the right to be treated as presumptively trustworthy and knowledgeable, rather than mansplained to and even gaslit.

I believe that the ongoing fight for a more equitable world crucially involves comprehensive education. We must teach adolescents and even older children (in an age-appropriate way, of course) what dating and domestic violence looks like, and how to recognize and respond to the myriad aspects of rape culture, including sexual harassment. We must teach them that consent, while being necessary for ethically good sex, is not yet sufficient: one must check in with a partner and make sure that they really want to be doing what they are doing, rather than just going through the motions out of a sense of social obligation. These topics would ideally be first brought up in the context of routine sex education—yet not only is this not the case, it is vanishingly unlikely to happen within the American school system. So it’s my hope that Entitled will be of use to educators of many kinds as we address these serious omissions and tackle these issues together. Nothing less is required in the pursuit of gender justice.

Click here to order an examination copy of Entitled.