An Architectural History of a Modernist Masterpiece

Broken Glass: Mies van der Rohe, Edith Farnsworth, and the Fight Over a Modernist Masterpiece is an unusual book because it is about architecture, and it is also the story of two strong-willed, creative people. My ambition was to write a biography of a beautiful building, told in human terms. 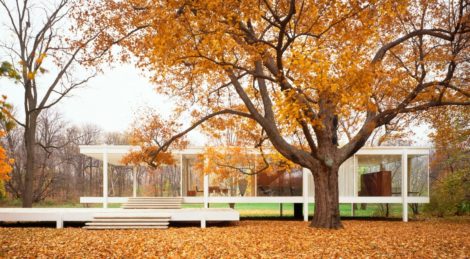 The Farnsworth House, with its spare, Platonic elegance, represents for some the ultimate expression of architectural modernism. The critic John Holowka argues that, as “Ernest Hemingway famously wrote, ‘All modern American literature comes from ‘Huckleberry Finn.’ It might as accurately be said that all modern houses come from Mies van der Rohe’s Farnsworth House.”

The end product was both a dwelling and a philosophical statement. Mies, a child of the German intellectual ferment that produced the avant-garde Bauhaus, championed the idea that “less is more,” meaning that architecture could step back and celebrate its surroundings. He situated the all-glass Farnsworth House in a gently sloping meadow next to a slow, meandering river outside of Chicago. He intended “to let the outside in,” as he later explained: “If you view nature through the glass walls of the Farnsworth House, it gains a more profound significance than if viewed from the outside . . . it becomes part of a larger whole.”

His grandson, the architect Dirk Lohan, argued that “Mies had his own ideal retreat in mind. If anyone could have lived in it, it would be the philosopher Mies van der Rohe himself.”

The Farnsworth-Mies relationship flamed out quite spectacularly almost immediately after Edith moved in. What had been a celebration of a shared commitment to modernism and innovation became an embittered personal battleground. Farnsworth, a gifted writer in addition to being a distinguished medical researcher, decided within a year of moving in that she hated the house—or was she really venting her anger at the “implacable” (her word) Mies, who had since transferred his attention and affections elsewhere?

To be fair, her complaints were not unfounded. The roof leaked. The house had no air conditioning.  Mies groupies assembled outside her bedroom to gawk at the masterpiece. And Mies’s choice of site proved to be problematic. A catastrophic 1952 flood covered Farnsworth’s floor in dirt and grime, and flooding bedevils the site even to the present day.

The story of this beautiful dwelling quickly turned ugly. Like so many estranged friends, Edith and Mies quarreled about money, specifically, how much money Mies was owed for what had become an expensive venture. (Around $800,000 in today’s dollars.) Mies made the mistake of suing Farnsworth, which generated enormous negative publicity for him personally. She not only exposed the publicity-shy Mies to a widely reported court case, she likewise retaliated in the court of public opinion. Joining forces with conservative tastemakers including—improbably—Mies’s former friend Frank Lloyd Wright, Farnsworth participated in a national campaign denouncing modernist architects like Mies and Le Corbusier as “a threat to the Next America.”

In Broken Glass, everyone lives on ever after. Happily or not, it’s hard to tell. Mies became one of the most heralded architects of the 20th century, and Farnsworth—the proverbial woman of many parts—emigrated to Florence, where she immersed herself in the city’s rich intellectual life and became a renowned translator of Italian poetry.

From the ruins of their relationship the beautiful masterpiece stands. British architecture critic Reyner Banham made the case that the Farnsworth House was the dwelling that closed out the category. In designing Farnsworth, Banham wrote, Mies “left other architects little to do except to try to make even more perfect that which was already perfected.” 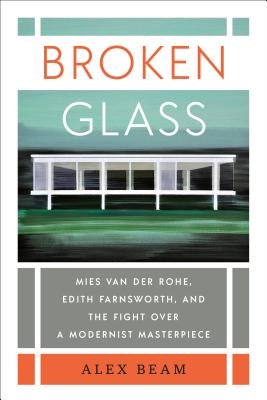