FROM THE PAGE: Beaten Down, Worked Up

In recent years, corporate profits have skyrocketed in the United States. Workers often haven’t seen the same good fortune as their employers, with wages on average remaining stagnate or seeing only slight increases after inflation. In this excerpt from Beaten Down, Worked Up, reporter Steven Greenhouse shares the struggles faced by many Americans, their stories calling into question the often-held American belief that if you work hard, you’ll get ahead.

Throughout Mary Coleman’s six years as a cook at a Popeyes restaurant in Milwaukee, she remained stuck at the federal minimum wage of $7.25 an hour. One afternoon, when she arrived for her shift after an hour-long bus commute, her manager told her to go home without even clocking in. Business was slow, he said, and she wasn’t going to be paid for the day.

For ten years, Keith Barrett worked as a behind-the-scenes software engineer at Disney World in Orlando, helping monitor computers that handled ticket sales and hotel reservations. One day, Barrett and 250 fellow tech workers were stunned to receive layoff notices—Disney was replacing them with guest workers from India on temporary work visas. Many of the laid-off workers grew even more upset when Disney told them they wouldn’t receive any severance unless they agreed to train their replacements. 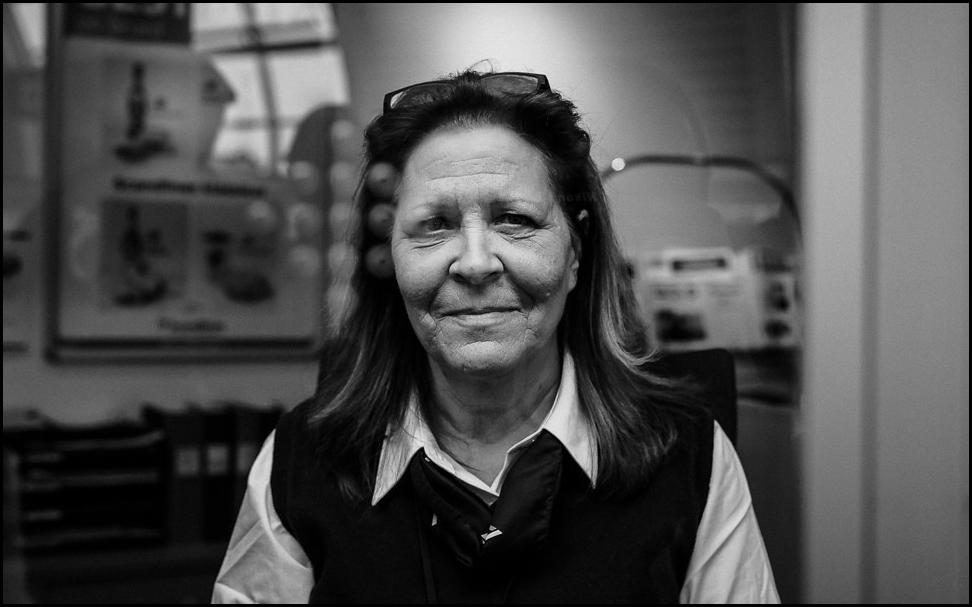 Jamie Workman became pregnant while working as a CVS cashier in Rocklin, California, northeast of Sacramento. Her eight-hour shifts soon became tiring and painful because she had to stand the whole time; her feet and legs became swollen. At one point, her shift supervi­sor gave her a stool to sit on for a few hours, but then the store manager ordered her to stop using it, telling her that cashiers weren’t allowed to sit.

Most mornings Jorge Porras reported to his car-wash job in Santa Fe at 8:15 a.m., as instructed, but his boss often didn’t let him clock in until 11:00, sometimes not until noon, whenever customers began lining up. Many days his boss paid him for six hours of work, even though he had worked nine and a half. One day, when the heavy chain that pulled the cars forward got stuck, Porras tried fixing it, but the chain suddenly lurched forward and cut off the top of his right ring finger. That injury forced Porras to miss two weeks of work, during which he didn’t receive any wages or workers’ compensation. When he and several co-workers complained about the unpaid hours and unsafe conditions, the car-wash owner fired them.

Patricia Hughes, a licensed practical nurse, came down with severe pneumonia while caring for a paraplegic in Thornton, Colorado. Coughing, vomiting, and with a 103 fever, Hughes called her manager to say she needed to miss work for two days. “I told him I was so weak that there was no way I could care for and move the patient,” she said. “He responded, ‘If you don’t come in tomorrow, don’t bother ever com­ing back.’ ” Too sick to work the next day, Hughes was fired, and as a result of losing that job, she was evicted from her apartment.

John Billington, proud of his 4.9 rating as an Uber driver in Los Ange­les, was shocked when Uber suddenly chopped its L.A. fares from $2.50 a mile to $1 a mile. As a result, his average weekly gross income fell from over $1,500 to around $750, and that’s before subtracting the cost of gas, auto insurance, maintenance, and depreciation on his car. “Uber dic­tates everything,” Billington said. “We don’t get any input. It’s unfair.” 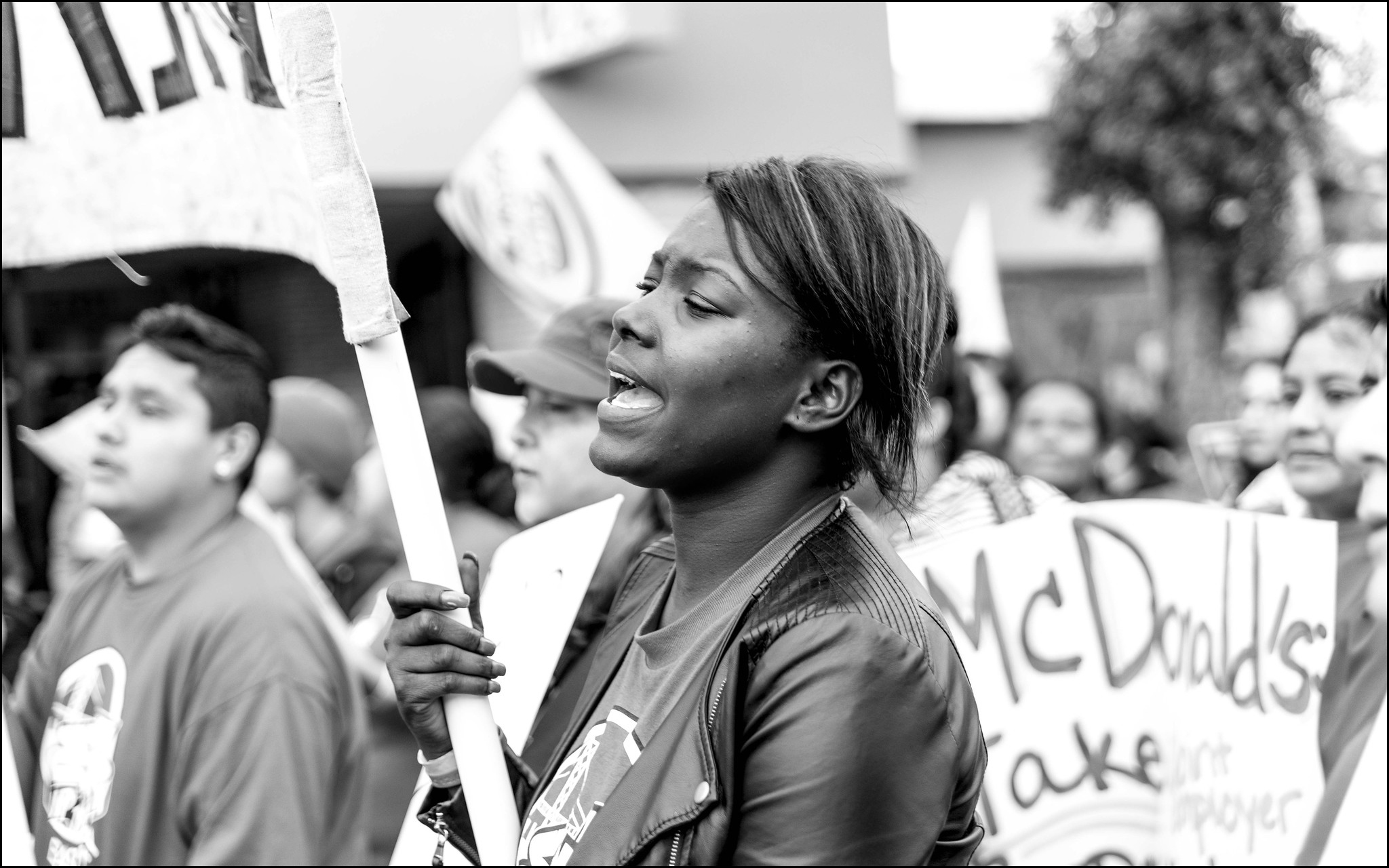 After seventeen years of teaching, Laura Fox, an elementary school music teacher in a suburb of Phoenix, was having such a hard time mak­ing ends meet that she took a twenty-hour-a-week job at McDonald’s. Fox, whose school district hadn’t raised pay in a decade, often worked at McDonald’s until 11:30 p.m., arrived home around midnight, and woke up at 6:30 to get ready for school. “Some days I was exhausted,” she said. “I work to teach the people who are going to be the future of society. It makes me feel disrespected that they pay teachers so little.”

A week after graduating from college in North Carolina, Desmond Anthony moved to New York to pursue a career as an actor. To sup­port himself, he took a job as a sales clerk and cashier at the Express clothing store in Herald Square. At first his boss assigned him thirty hours of work each week, but after several months his hours were cut to just twelve or fifteen, and some weeks he was assigned no hours at all. Working fifteen hours a week, Anthony earned around $500 a month, not enough to cover his $800 monthly rent, let alone the sev­eral hundred dollars more needed for phone, subway, and food. Some days he went hungry, and some weeks he had to ask his parents for money. Anthony repeatedly urged his boss to assign him more hours, but instead of giving him more hours, the store hired more part-time workers, giving it more flexibility to plug workers into its ever-changing schedule. Anthony quit in frustration. 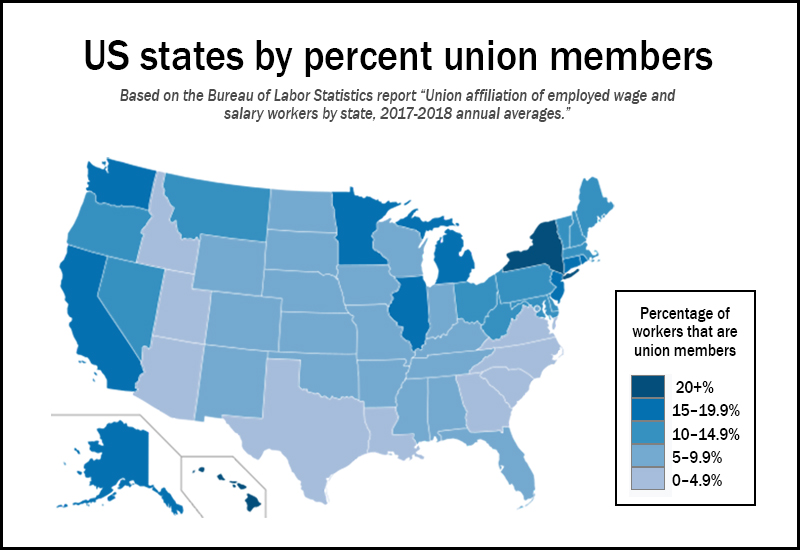 In the United States, a country that by many measures is the world’s richest, life has taken a wrong turn for millions of workers. For far too many, the land of opportunity has turned into a land of downsized hopes and shrunken mobility. Many Americans who struggle to pay each month’s bills, who juggle two or three jobs, who bounce from one low-paid gig job to another, ask what has happened to this land of vaunted opportunity, a nation famed for its Horatio Alger credo: if you work hard, you will get ahead.

But something else is also fundamentally awry: corporate profits and the stock market have repeatedly climbed to new records in recent years, while wages for the typical American worker have either flatlined or inched up only slightly, after factoring in inflation. (The wage pic­ture finally brightened recently when the job market tightened with the unemployment rate falling below 4 percent.) The share of national income going to business profits has climbed to its highest level since World War II, while workers’ share of income (employee compensation, including benefits) has slid to its lowest level since the 1940s. Indeed, labor’s share of national income has fallen at a faster rate in the United States than in any other major industrial nation since 1995. Little won­der that the income of the richest 1 percent has risen to its highest level since the 1920s. With so much of the policy talk in Washington focused on cutting taxes for corporations and the very wealthy when those two groups have done splendidly in recent years, it’s palpable that the nation’s priorities—and sense of fairness—are badly out of whack. While it’s great to see workers pampered and paid well at elite corpora­tions like Google and Facebook, we shouldn’t forget the painful truth that four in ten American adults say they simply don’t have the money to pay an unexpected $400 expense, according to the Federal Reserve. Forty million Americans—one in eight—suffer from food insecurity, that is, a lack of consistent access to enough food for an active, healthy life, according to the U.S. Department of Agriculture.

For decades, the United States was the world’s economic beacon, the country with the largest and richest middle class, a land of rising wages and broad prosperity. But now millions of Americans are wondering what happened to that golden age of prosperity, to John F. Kennedy’s exhortation that “a rising tide lifts all boats.”

Copyright © 2019 by Steven Greenhouse. All rights reserved. No part of this excerpt may be reproduced or reprinted without permission in writing from the publisher.

Click the link below to learn more about Beaten Down, Worked Up: Beaten Down, Worked Up
The Past, Present, and Future of American Labor
Steven Greenhouse
978-1-101-87443-1
From the longtime New York Times labor correspondent, Beaten Down, Worked Up is an in-depth look at working men and women in America, the challenges they face, and how they can be re-empowered.
$27.95 US
Aug 06, 2019
Hardcover
416 Pages
Knopf
Tags: Economics, Sociology, Knopf Doubleday, knopf, labor studies, us labor, united states politics, beaten down worked up, beaten down, worked up, labor day, labor history, us labor history, labor economics, Steven Greenhouse
Related articles