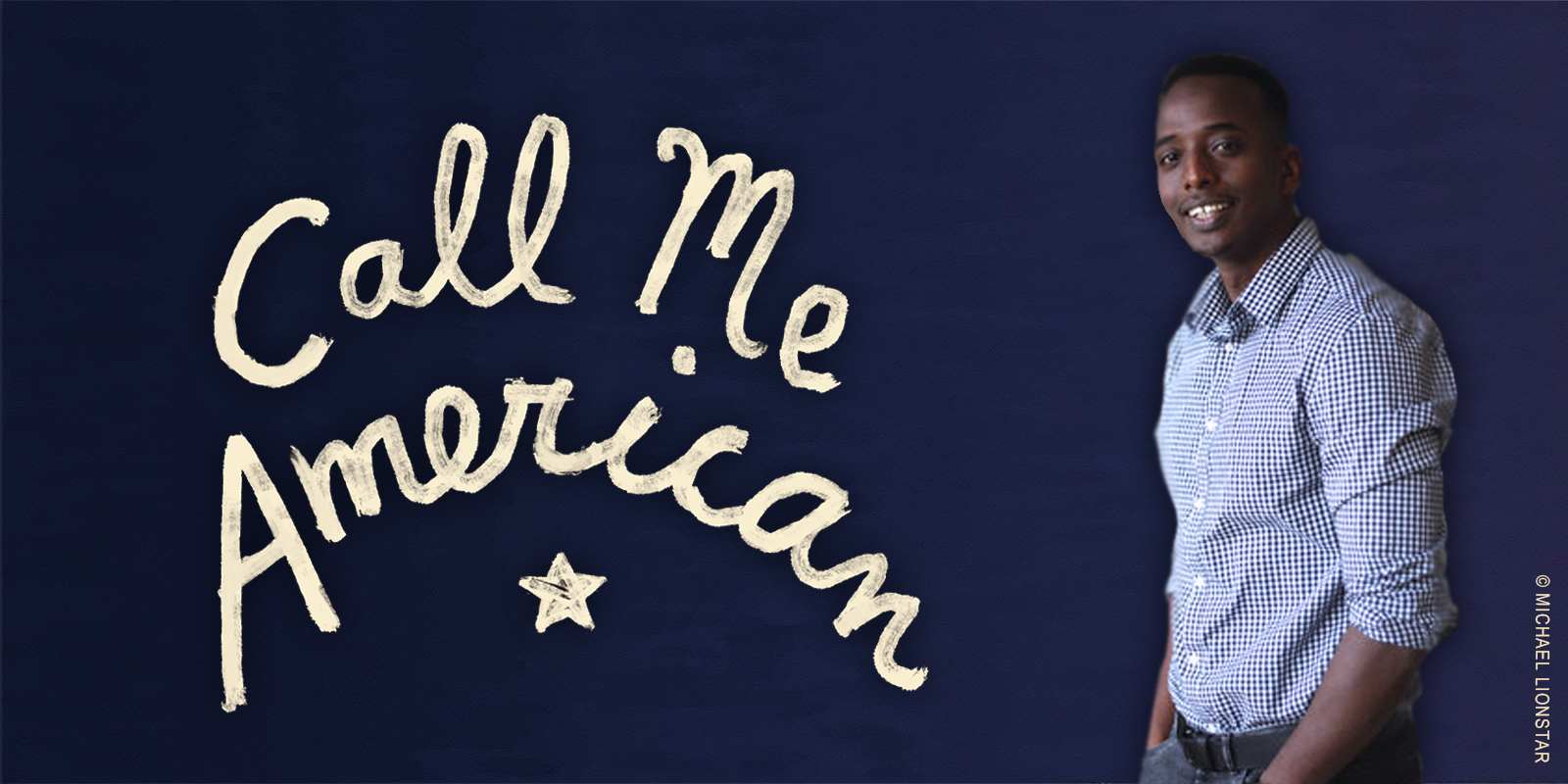 Immigration and the American Idea: Abdi Nor Iftin shares his journey from Somalia to America

Immigration Heritage Month serves as a reminder to  celebrate individual stories of immigration, and the shared diversity that makes up the United States.

This year at the 38th annual conference on The First-Year Experience, author Abdi Nor Iftin shared his journey from war-torn Somalia to the United States—first by way of American movies, and years later through miraculously winning a Green Card lottery. America, Iftin explains, is more than just a country: it’s “the place where everyone belongs.”

When I first arrived in the state of Maine, generally in the United States, in August 2014 … I had to choose who I was: either African American, Latino, Caucasian. And I chose Caucasian. I never identified myself with color. It was a surprise—I thought that Caucasian might be countries like Somalia would come under there, and the officer had to correct me.

When we drove up to Yarmouth, a small town in Maine, the country was shaking with the death of Michael Brown, a young black man who was shot and killed a day earlier. The Black Lives Matter [movement] was just starting, and the country was in a shift. But I was confused—I had no idea what was going on. [Maine] is one of the whitest states in the United States, and the town that I came [to] was only a little over 7,000 [people], predominantly white. The family that took me into their house had to give me a tour. They took me around the neighborhood and they said, “Don’t call 9-1-1. He’s with us….”

I wrote the book Call Me American because I thought that America was an idea. I grew up in Somalia. And Somalia is still going through one of the longest, bloodiest African civil wars. In ’91 when the war erupted, I was either five or six, we lost everything: house, my dad’s jewelry for my mother….

At the age of seven or eight, I stood up and I said, “One way or another I have to provide for my family.” I have an older brother, and my older brother and I took a journey every single day to an old hospital. That was the only place in the entire city where you could find running water. Thousands of people lined up bringing their cherry cans.

“I walked from street to street in the safer area of my neighborhood, and I tattooed all the walls in my city with English words.”

But the way between our house—or the place where we were staying at the time—and this old hospital where you can get the water was infested with snipers, militias that were interested in shooting people for practice. Just for practice, they shot at us many times. So we came up with the idea that it’s better to do it [in] the dark when nobody can see you. And my brother and I had no shoes, so we were tip-toeing all the way. Sometimes there’s a little sound and they shoot. When we would cross to the other side my brother would check all over my body to see if there was a bullet wound or something.

When we did this many times it became normal—it didn’t even become a danger. It became part of our life that we went that way. Some days we couldn’t even come back all night because the line was too long. We had to wait until dawn, and mom would suspect that we died because the chances of dying was so high there. It was brutal. It was chaos. As you can imagine, death was an option at the time that we had really hoped for and it had never happened.

Well as entertainment I went to the movie theater, a local movie theater. When I say “movie theater” it’s not like the fancy ones that we have here in the United States: it’s just a little television with a pile of cassettes, and these were all action movies. I had watched these action movies—The Terminator, Commando—over and over and over and that’s how I picked up most of my English words. I put them together, and I walked from street to street in the safer area of my neighborhood, and I tattooed all the walls in my city with English words (most of them curse words). The Americanization process began.

As time went, the movies were a part of my life….

But graduating from the Madrasa in 1998 gave me the freedom to ignore my mother’s orders and run away from the house and stay on the streets while I was going to the movie theater. I told the woman in the movie theater, I said, “I will clean this movie theater from spiderwebs and everything else if you will let me watch the movies for free.” And she was okay with that. I continued with what I really liked.

I became a translator in the movies. I would say, “He says that he’s going to jump off that window.” And the guy jumps from the window and falls on the ground. My friends trusted me. They said, “It seems like you’re accurate, so we’ll trust you.”

“When my friends called me American, the America that I knew was just an idea, not a country, not a continent, just an idea.”

They started giving me a nickname that I really loved: I was called me “Abdi American.” That’s why my book is called Call Me American. Did I have any idea where America was? I really had no idea where America was. Somalia has one of the longest coastlines. So looking through [the] beautiful blue waters, I thought that America must be behind these waters. Maybe if someone canoes they could get there—that is what I was thinking.

And when my friends called me American, the America that I knew was just an idea, not a country, not a continent, just an idea. You know, the marines that came, these people in the movies. Oh, look at Eddie Murphy, Denzel Washington, Arnold Schwarzenegger, Sylvester Stallone, Bruce Willis. It was just a combination of the things that you could imagine.

And I thought that Somalia could be a country, but this is the place where everyone belongs. Because we’re a homogeneous society in Somalia: there’s no white or black, there’s no Muslim or Christian. There’s just one faith, one color, one language, and we’re all one people. We’re fighting over tribes; we have tribes within our own society. And then that’s why I thought, “Well you know what, the only way out of this is to get to America.” 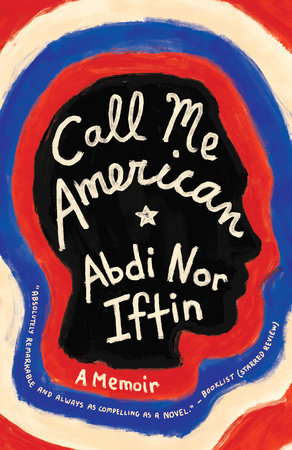 Call Me American
A Memoir
Abdi Nor Iftin
978-0-525-43302-6
Abdi Nor Iftin first fell in love with America from afar. As a child, he learned English by listening to American pop and watching action films starring Arnold Schwarzenegger. When U.S. marines landed in Mogadishu to take on the warlords, Abdi cheered the arrival of these Americans, who seemed as heroic as those of the movies.
$16.95 US
May 07, 2019
Paperback
320 Pages
Vintage
Tags: Knopf Doubleday, Video, Memoir, common reading, common reads, Immigration, First Year Experience, FYE, call me american, Abdi Nor Iftin, speech, somalia, American dream
Related articles