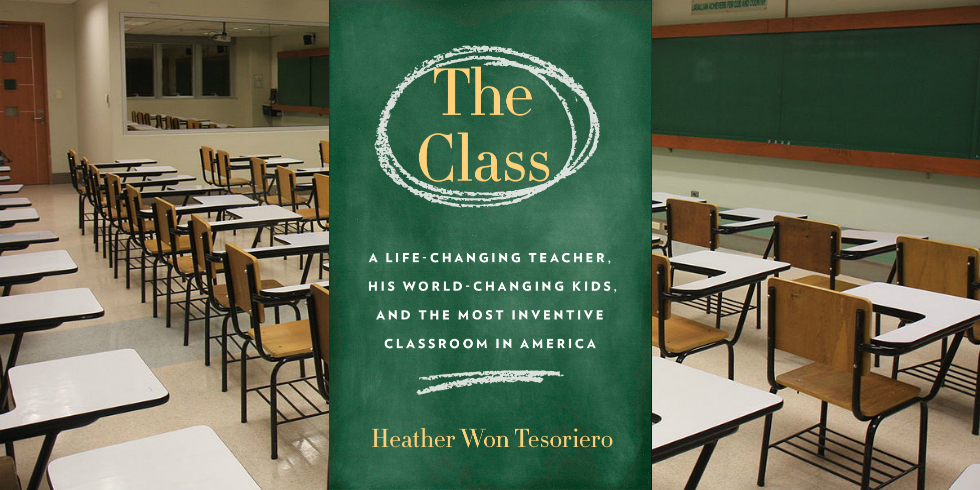 THE CLASS Explores a New Approach to STEM Education

Contributed by Heather Won Tesoriero, author of  The Class: A Life-Changing Teacher, His World-Changing Kids, and the Most Inventive Classroom in America (Ballantine Books, 2018).

In the fall of 2015, I was a producer for the CBS Evening News. We were planning to do an endpiece for the show about Olivia Hallisey, a Greenwich, CT, teenager who won the Google Science Fair with her invention of a cheap, rapid test for Ebola. Since I spent my first three years out of college teaching, I raised my hand to produce the piece. I thought it would be fun to spend a day back in a high school classroom.

What I didn’t know was that returning to high school that day would change my life. I stepped into Andy Bramante’s independent science research class at Greenwich High School, and I was riveted. The class had no textbooks, tests, or curriculum. Instead, kids work on individual science research projects throughout the year with the goal of taking them out on the global science fair circuit.

This is not the stuff of vinegar volcanoes and ant farms. One student developed an algorithm that can detect pre-malignant pancreatic cancer from a blood sample. Another invented a carbon capture technology that is patented and currently being scaled up for industrial use. And yet another student created a diagnostic test for Alzheimer’s disease. As a result of projects like these, over the past decade, Andy and his kids have built up one of the most impressive track records of science fair wins and prize money in America.

That very day, I knew I wanted to write a book about Andy and his band of whiz kids. And Andy wasn’t a veteran educator—he had come to teaching as a second act following a career as a corporate scientist. I was drawn to all of it—the kids, their dizzying work, how Andy managed nearly fifty students and projects each year. I also knew that since this was high school, there would be no shortage of drama, intrigue, and unexpected highs and lows.

So despite being a very risk-averse person, I took what felt like a tremendous leap: I quit my job at CBS to write The Class. I had wanted to be an author since first grade and with this story, I felt I had finally mined the gem I’d been searching for throughout my working life as a journalist.

The year did not disappoint. On the contrary—it was the most thrilling of my career. I commuted to Greenwich each day and embedded in Andy’s lab. As the year unfolded, I watched this life-changing teacher and his kids experience every emotion on the spectrum: joy, agony, heartbreak, victory, euphoria. There were tears and fist pumps, elation and defeat. And there was no shortage of naughty behavior. (By whom? You may be surprised when you read it and find out.)

Public education is under assault in many areas of the country. Educators are striking, budgets are being slashed, and there are huge debates about curriculum. But my year in Andy Bramante’s class underscored the fact that there is nothing as valuable in education as a gifted teacher. There is no formula, no recipe and no way to easily replicate magic in the classroom. You know it when you see it. The Class is a celebration of that magic. 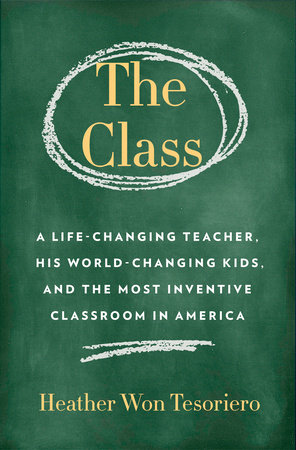 The Class
A Life-Changing Teacher, His World-Changing Kids, and the Most Inventive Classroom in America
Heather Won Tesoriero
978-0-399-18184-9
An unforgettable year in the life of a visionary high school science teacher and his award-winning students, as they try to get into college, land a date for the prom . . . and possibly change the world
$27.00 US
Sep 04, 2018
Hardcover
448 Pages
Ballantine Books
Tags: Education, High School, STEM, curriculum, secondary school
Related articles