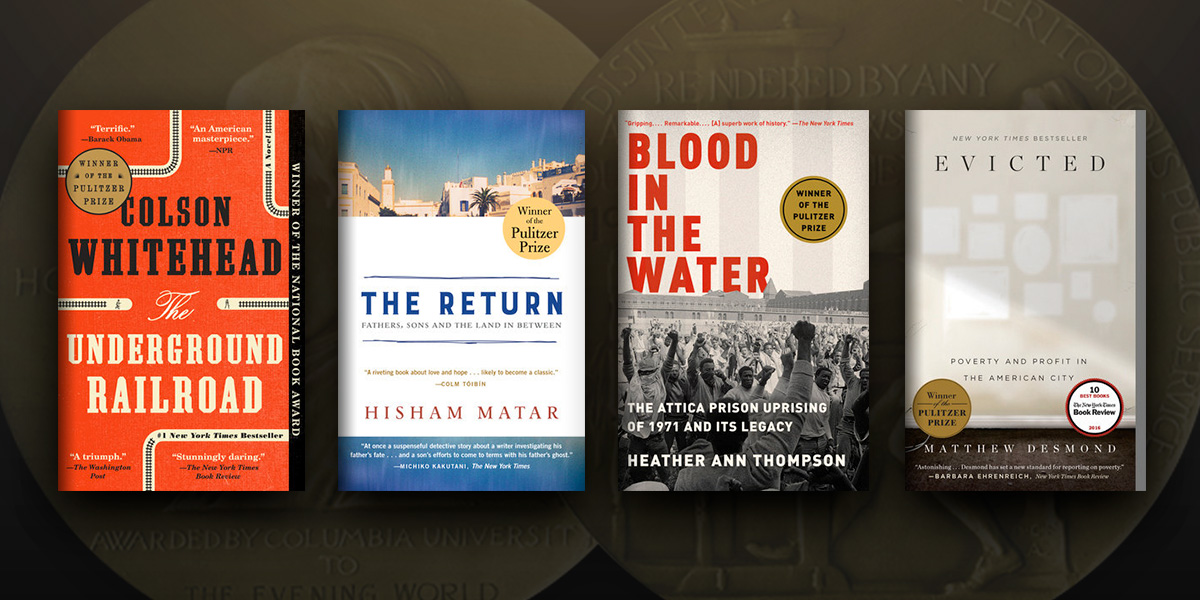 THE UNDERGROUND RAILROAD, by Colson Whitehead, “a smart melding of realism and allegory that combines the violence of slavery and the drama of escape in a myth that speaks to contemporary America.”

BLOOD IN THE WATER: The Attica Prison Uprising of 1971 and Its Legacy, by Heather Ann Thompson, “a narrative history that sets high standards for scholarly judgment and tenacity of inquiry in seeking the truth about the 1971 Attica prison riots.”

THE RETURN: Fathers, Sons and the Land in Between, by Hisham Matar “a first-person elegy for home and father that examines with controlled emotion the past and present of an embattled region.”

EVICTED: Poverty and Profit in the American City by Matthew Desmond “a deeply researched exposé that showed how mass evictions after the 2008 economic crash were less a consequence than a cause of poverty.”

Penguin Random House was also well-represented among Pulitzer finalists: BROTHERS AT ARMS: American Independence and the Men of France and Spain Who Saved It by Larrie D. Ferreiro in history; WHEN BREATH BECOMES AIR by the late Paul Kalanithi in biography or autobiography; and IN A DIFFERENT KEY: The Story of Autism by John Donvan and Caren Zucker in general nonfiction.

The Pulitzer Prizes were established at Columbia University by the will of Joseph Pulitzer in 1904. Winners in Letters, Drama and Music receive fifteen thousand dollars ($15,000).

For a full list of winners and finalists, please visit: http://www.pulitzer.org/prize-winners-by-year/2017 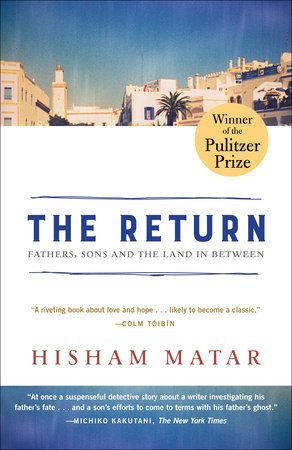 The Return (Pulitzer Prize Winner)
Fathers, Sons and the Land in Between
Hisham Matar
978-0-8129-8508-5
WINNER OF THE PULITZER PRIZE • The acclaimed memoir about fathers and sons, a legacy of loss, and, ultimately, healing—one of The New York Times Book Review’s ten best books of the year, winner of the PEN/Jean Stein Book Award, and a finalist for the National Book Critics Circle Award and the Los Angeles Times Book Prize
$18.00 US
Apr 04, 2017
Paperback
272 Pages
Random House Trade Paperbacks