We are pleased to share that Imbolo Mbue has been awarded the 2017 PEN/Faulkner Award for Fiction for her debut novel, Behold the Dreamers. The PEN/Faulkner Foundation’s highest honor, the award recognizes a piece of exceptional American fiction as selected by a panel of judges who themselves are representative of the most preeminent literary writers living today. The $15,000 award will be presented to Mbue at a ceremony honoring each of the finalists on May 6 in Washington, DC at the Folger Shakespeare Library.

Behold the Dreamers follows a Cameroonian couple, Jende and Neni Jonga, who immigrate to America with the dream of forging a new life in New York City. The reality and challenges they encounter depict with detail and poignancy the immigrant experience, which is only heightened by the time at which the story is set—on the brink of the 2008 financial collapse. Jende, who is employed as a chauffeur for a financial executive, gets a front row seat as both of their lives are upended in the wake of the crisis.

The novel in many ways reflects Mbue’s lived experience as an immigrant who has observed the complicated dynamics of the American Dream firsthand. Born in Limbe, Cameroon, Mbue first came to the United States to pursue her studies and has received degrees from Rutgers University and Columbia University. She currently lives in New York City.

Past PEN/Faulkner Award winners include Karen Joy Fowler for We Are All Completely Beside Ourselves, Julie Otsuka for The Buddha in the Attic, and Philip Roth for Everyman. 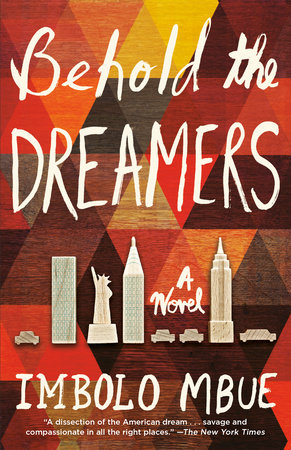