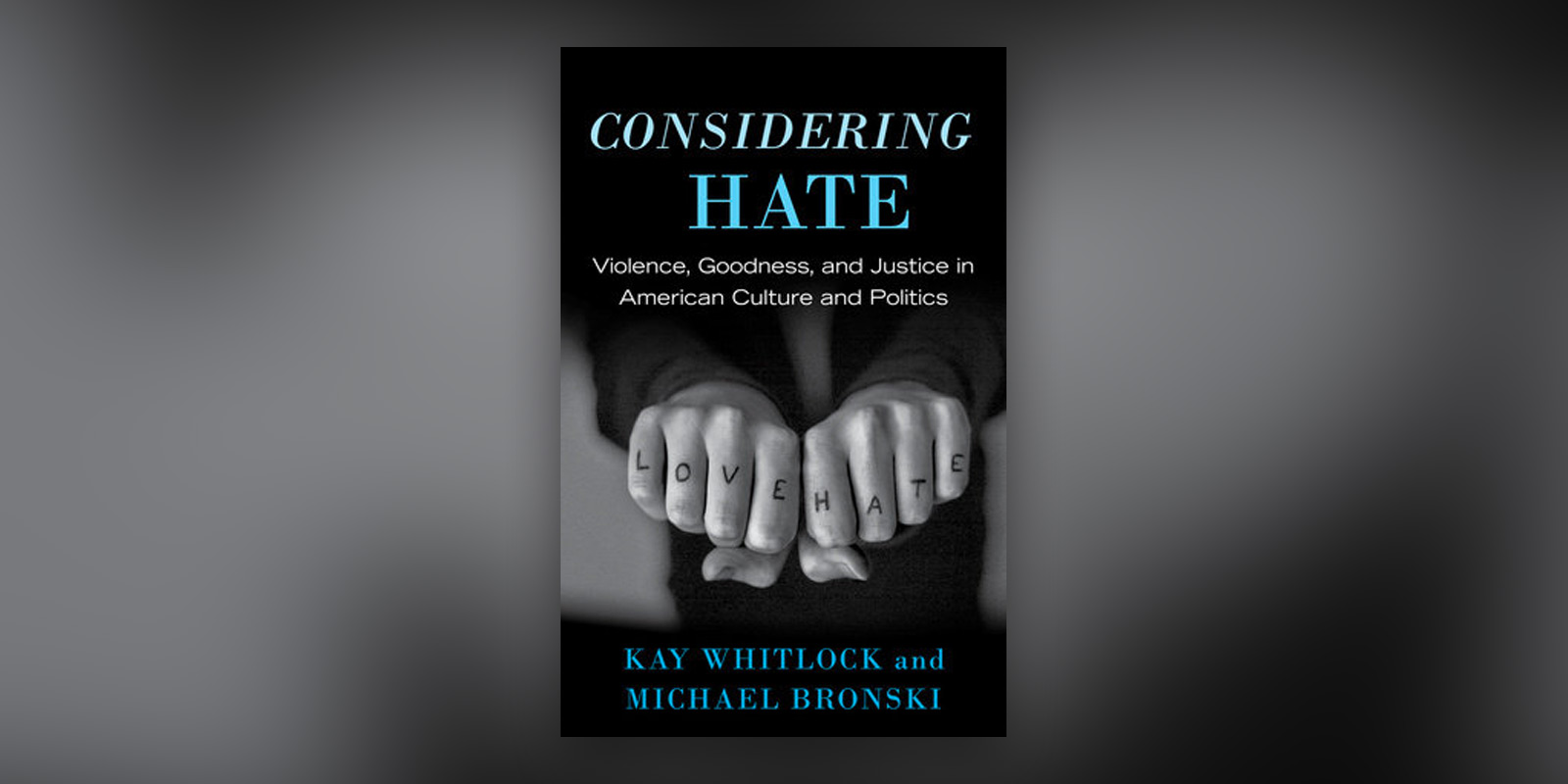 Terrible things happen all the time. Everybody knows that. They happen to all sorts of people for all sorts of reasons. Sometimes, as in the deaths of Trayvon Martin or Matthew Shepard, or the murder of nine parishioners in the Emanuel African Methodist Episcopal Church in Charleston South Carolina, society has come up with a special classification to explain—and punish—some acts. We call them “hate crimes” because they are seen as being caused by the “hate” of the people who commit them. But are they caused only by “hate?” Or are they symptoms of deeper, widespread, or even commonplace forms of violence?

We live in a very violent country. Yet, as a culture, we have figured out various ways to deny, dismiss, or avoid discussing this or the reasons for it. In many cases, this violence is caused by anger, fear, resentment, and real or perceived inequities. Considering Hate: Violence, Goodness, and Justice in American Culture and Politics gives people a new way to think and talk about why this violence happens—and, more importantly, what we can do about it.

Many ordinary people, as well as politicians and sociologists, believe this violence is an aberration. That it is committed by mentally unbalanced people, fanatical bigots, or political extremists—often called “terrorists” in the media—and that these are a series of “isolated incidents.” Drawing upon a wide range of historical source material, statistical evidence, and case studies, Considering Hate takes a hard look at the prevalence of violence and argues that, far from being isolated incidents, these events are integral to commonly accepted social systems of inequality. Whether about race, sexual orientation, gender, economic disparity, or citizenship, these “systems” promote, produce, and often excuse everyday violence. That much of this violence is directed at people considered outside of “accepted” social norms is not surprising.

Considering Hate moves beyond arguing about what is wrong with widely accepted understandings of violence and justice to propose ways that we might seek change. Much of the book is rooted in the disciplines of sociology, political theory, and cultural criticism. We then draw upon the extraordinary visions of theologians, artists, and writers who seek to redefine what “justice” may mean for all people and not just the few who have access to it. These thinkers look to how human imagination can help us envision a world that is more just, actively supporting diverse cultures and helping all people thrive. If we are unable to envision a new world and new approaches to entrenched social and economic problems, we will never be able to overcome them.

Students studying sociology, political theory, social justice, gender studies, ethics, theology, and related fields will find Considering Hate: Violence, Goodness, and Justice in American Culture and Politics to be extraordinary helpful in guiding them through an understanding of the basic issues and providing new, imaginative ways to think about violence and justice.

KAY WHITLOCK is a writer and activist who has been involved with racial, gender, queer, and economic justice movements since 1968. She is coauthor of the award-winning Queer (In)Justice: The Criminalization of LGBT People in the United States and cofounder and contributing editor for the weekly Criminal Injustice series at CriticalMassProgress.com. She lives in Missoula, Montana.

MICHAEL BRONSKI has been involved in gay liberation as a political organizer, writer, and editor for more than four decades. The author of several award-winning books, including A Queer History of the United States, he most recently coauthored “You Can Tell Just by Looking”: And 20 Other Myths about LGBT Life and People. Bronski is Professor of the Practice in Activism and Media in the Studies of Women, Gender, and Sexuality at Harvard University and lives in Cambridge, Massachusetts. 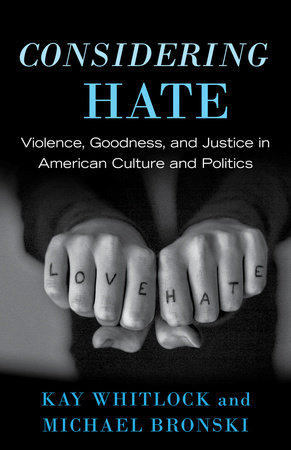