© Courtesy of the author

JOSH NEUFELD is a comics journalist known for his graphic narratives of political and social upheaval, told through the voices of witnesses.

A.D. derives from Neufeld’s own experiences as an American Red Cross volunteer in Mississippi for several weeks shortly after Hurricane Katrina struck the Gulf Coast in August 2005. The blog entries he kept about that experience turned into a self-published book, Katrina Came Calling, which in turn led to A.D.

Neufeld has been a Knight-Wallace Fellow in Journalism, an Atlantic Center for the Arts Master Artist, and is a Xeric Award-winner. He illustrated the New York Timesbestseller The Influencing Machine: Brooke Gladstone on the Media (W.W. Norton, 2011). He was a longtime artist for Harvey Pekar’s American Splendor. His works of comics journalism have been published by The Boston Globe, Foreign Policymagazine, Al Jazeera America, The Nib, and many other publications. Neufeld’s books have been translated into French, Italian, German, Dutch, and Korean.

Neufeld has spoken about A.D. and Hurricane Katrina at numerous universities, trade conventions, cultural centers, libraries, and museums. As part of the U.S. Department of State’s Speaker and Specialist program, Neufeld has traveled abroad as a cultural ambassador, and has conducted workshops with professional and amateur cartoonists in the Middle East, Southeast Asia, and Latin America.

Neufeld lives in Brooklyn, New York, with his wife, the writer Sari Wilson, and their daughter. 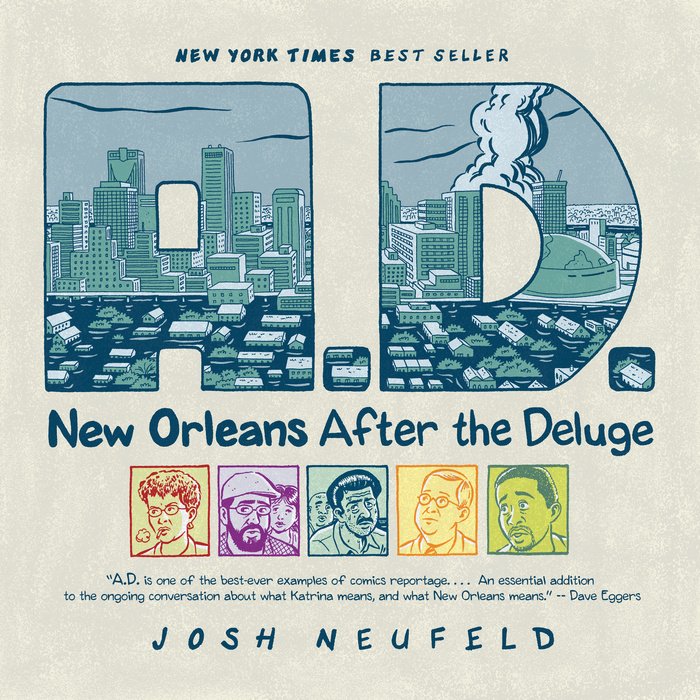