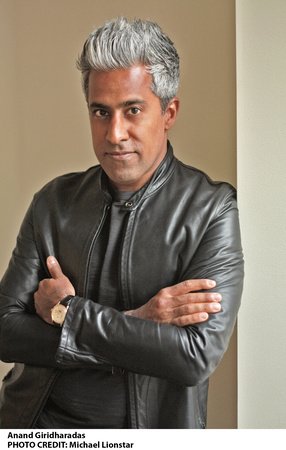 ANAND GIRIDHARADAS is the author of Winners Take All, The True American, and India Calling. He is an editor-at-large for TIME and was a foreign correspondent and columnist for The New York Times from 2005 to 2016. He has also written for The Atlantic, The New Republic, and The New Yorker. He is an on-air political analyst for MSNBC, a visiting scholar at the Arthur L. Carter Journalism Institute at New York University, and a former McKinsey analyst. He has spoken on the main stage of TED. Anand's writing has been honored by the Society of Publishers in Asia, the Poynter Fellowship at Yale, the 800-CEO-READ Business Book of the Year award, Harvard University's Outstanding Lifetime Achievement Award for Humanism in Culture, and the New York Public Library's Helen Bernstein Award. He lives in Brooklyn, New York. 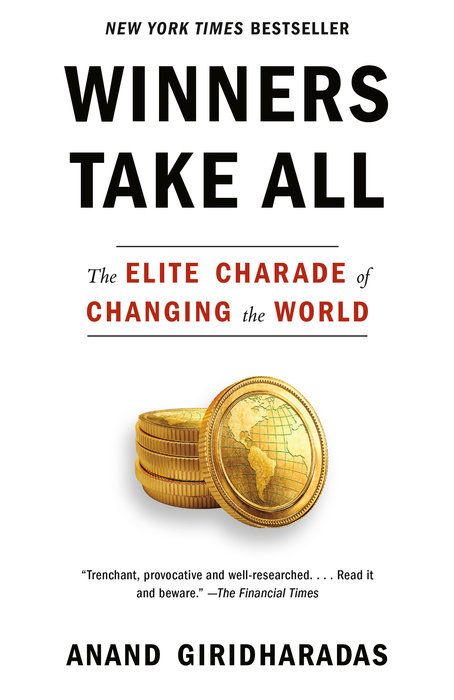 Winners Take All
The Elite Charade of Changing the World
Anand Giridharadas
978-1-101-97267-0
$16.00 US
Paperback
Oct 01, 2019
Vintage
Keep in touch!
Sign up for news from Penguin Random House Higher Education.
Subscribe
Connect with Us!