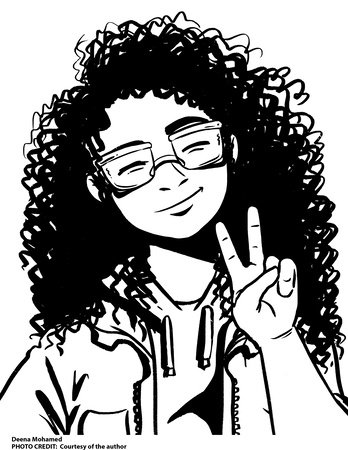 DEENA MOHAMED is an Egyptian designer, illustrator, and writer. She first began making comics at eighteen, when she created the viral webcomic Qahera, a satirical superhero strip starring a visibly Muslim superheroine.Originally published in Arabic by Dar el Mahrousa in Egypt, Shubeik Lubeik was awarded Best Graphic Novel and the Grand Prize at the 2017 Cairo Comix Festival. She lives, works and is usually asleep in Cairo, Egypt.